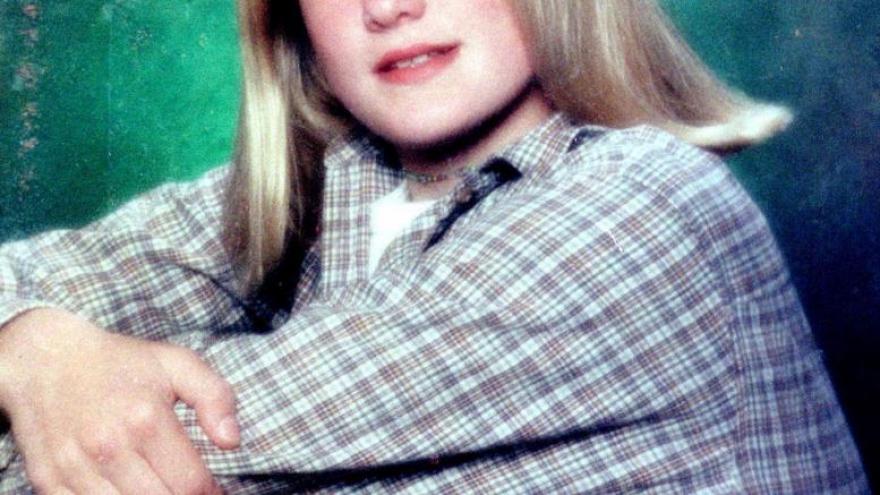 A man who was previously convicted of sexual assault and kidnapping, and who died in 2016, has been named as a "person of interest" in the death of teenager, Molly Bish pictured on June 27, 2000 in Massachusetts.

(CNN) -- A man who was previously convicted of sexual assault and kidnapping, and who died in 2016, has been named as a "person of interest" in the death in 2000 of a teenager in Warren, Massachusetts, officials said Thursday.

The announcement by the Worcester County District Attorney's office comes just weeks before the 21st anniversary of the disappearance of Molly Bish from Comins Pond in Warren on June 27, 2000.

Francis "Frank" P. Sumner Sr. is being investigated after officials "recently received new information," according to the news release from the DA's office. The release did share details of the new information.

CNN has reached out to the Worcester County District Attorney's office for comment.

Bish's parents said they are hopeful there will a resolution to the investigation into their daughter's death.

"Our hearts are heavy with our loss and the reality of what may have happened to our daughter, but we are hopeful that there will be resolution and that no one else will ever be harmed," Magi and John Bish said in statement released by the district attorney's office.

Sumner was convicted of kidnapping and raping a 21-year-old woman in 1981, according to court documents.

"Sumner, born in 1945, was active in the Central Massachusetts area from 1960 through 2016," according to the news release. "He was known to operate auto repair shops in the Spencer, Leicester and Worcester areas. Sumner lived in Spencer prior to his death."

Bish, a lifeguard, was dropped off to work by her mother on the morning of June 27, 2000. A short time later, someone arrived at the beach and found Molly's backpack, lifeguard chair and beach towel. Her first-aid kit was wide open on a bench, but Molly was nowhere to be seen.

Her remains and a portion of her bathing suit were found three years later. Bish was buried on what would have been her 20th birthday.

Investigators are now seeking information from the public, specifically anything regarding Sumner's employment practices, personnel, associates, vehicles, travel and any known habits.

The family extended its appreciation to police for their work.

"We are proud of Molly's legacy of keeping children safe, advocating for families, and we feel it most strongly right now, reflected in our community," her parents said in the statement. "Thank you to those brave people who provided tips and information to the detectives. We recognize how hard and scary that can be."