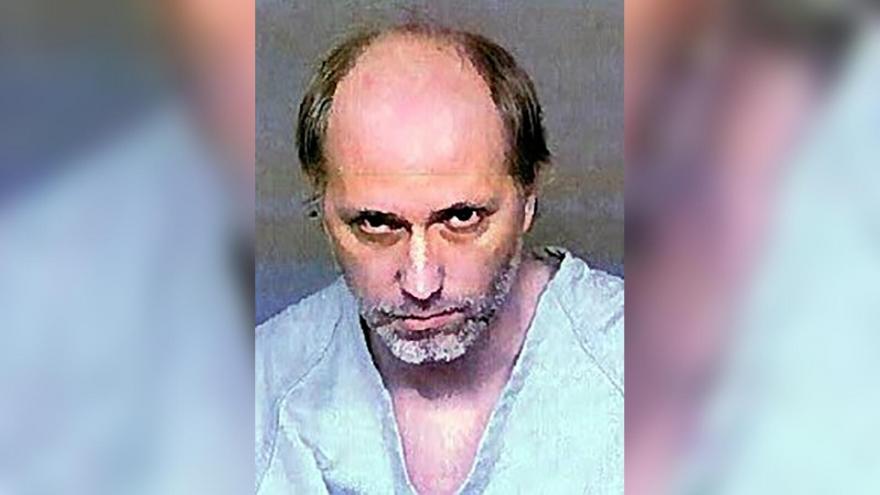 Nathan Daniel Larson, 40, is facing multiple charges in two states after he was discovered with a 12-year-old girl whom he traveled across the country to kidnap, authorities say.

(CNN) -- A Virginia man authorities describe as a "White supremacist" and "an advocate for pedophilia" is facing charges in California and Colorado for traveling across the country to kidnap a 12-year-old girl, officials said Saturday.

Nathan Daniel Larson, 40, is in Denver County Jail on a misdemeanor charge and faces felony charges in California for the kidnapping that authorities say utilized such "sophisticated" grooming methods that they fear there may be more victims.

In a statement, the Fresno County Sheriff's Office said Larson operates a website "which encourages the raping of children and sharing of naked photos and video of children being raped."

It is unclear if Larson, who is scheduled to appear in Denver County Court on December 24, has an attorney.

Months of 'manipulation and grooming'

Larson met the girl, who lives in Fresno, on social media in October, the sheriff's office said. Through two months of "manipulation and grooming," Larson convinced her to send him pornographic images of herself, the sheriff's statement said.

Last week, he flew to Fresno and persuaded her to sneak out of her house around 2 a.m. Monday, the statement said, and then used a rideshare company to take her to the airport. Larson altered the girl's appearance with a long wig and told her to act as though she was disabled and unable to speak so that she would not speak with anyone while they boarded a plane, authorities said.

Later Monday morning, law enforcement was notified the girl was missing. When detectives learned that Larson and the girl had boarded a plane to Washington, DC, with a layover in Denver, they contacted authorities there and asked them to check the airport for Larson, the sheriff's office said.

A Denver police officer found and arrested Larson and FBI agents rescued the girl, who was uninjured, the sheriff's office said. They made arrangements for her to reunite with her family Monday evening.

Larson now faces a misdemeanor charge in Denver of harboring a minor and is facing felony charges in Fresno County, California, for kidnapping, child abduction, soliciting child pornography from a minor and meeting a child for the intention of sex, according to the release.

The Fresno County Sheriff's office is requesting he be extradited to California.

It's also asking any other possible victims of Larson to come forward.

"Due to the sophisticated nature of how Larson groomed this Fresno girl, detectives believe he has victimized other children in the past," the sheriff's office said.

This is not the first time Larson has faced serious criminal charges. In 2009, he served 14 months in federal prison for sending "a detailed email to the U.S. Secret Service threatening to kill the President of the United States," the Fresno Sheriff's Office said. Larson sent the email in December 2008, when George Bush was the outgoing president and Barack Obama was the president-elect.

Years after his prison sentence, Larson ran for the Virginia House of Delegates as an independent in 2017 and lost, according to the Fresno County Sheriff's Office.

In 2018, the Washington Post reported on Larson's support for "abolishing age restrictions for marriage and laws against marital rape," legalizing incest, and his views on White supremacy "as a 'system that works'" and that "Hitler was a 'good thing for Germany.'"