A patient who sacrificed his life, 2 gifted doctors, a beloved receptionist: These are the people killed in the Tulsa hospital shooting 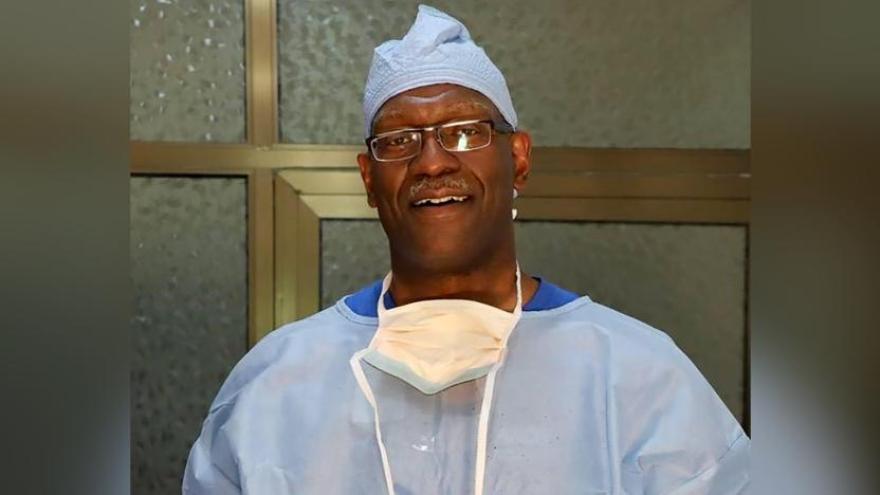 Photo of Dr. Preston Phillips, a victim of the Tulsa shooting from June 1.

(CNN) -- A patient who sacrificed his life to save his wife. Two gifted doctors cherished by their communities. A receptionist with a "true servant's heart."

Those were the four people killed Wednesday in a shooting inside an Oklahoma medical building.

A gunman, who was also a patient at the hospital himself, shot and killed William Love, Dr. Preston Phillips, Dr. Stephanie Husen and Amanda Glenn in a medical building on the campus of Saint Francis Hospital in Tulsa, authorities said during a Thursday news conference.

"We are supposed to be the ones that are caring for others during tragedies like this. To think that our caregivers were the victims is just incomprehensible to me," Dr. Ryan Parker, the associate chief medical officer at Saint Francis and an ER physician said during a press conference Thursday.

"They died while serving others," she said. "They died in the line of duty."

Following an "outpouring of calls and comments from the community," Saint Francis Health System set up a fund with the Tulsa Community Foundation to accept donations "to assist with this cause."

The collected funds will support victims' families and employees who were impacted.

Wednesday's shooting is the nation's 233rd mass shooting of 2022, according to the Gun Violence Archive. CNN and the GVA define a mass shooting as a shooting that injured or killed four or more people, not including the shooter.

Here's what we know about the victims:

Phillips was "a wonderful, gentle, kind person with an infectious smile and kind word for everyone," according to Sandy Thompson, a friend of Phillips, who met the doctor at their local tennis club.

Thompson, who said she knew Phillips for about five years and saw him last month while they were both visiting the tennis club, fondly remembered Phillips as a "true gentleman" who never failed "to look you in the eye and give you a bright, genuine smile and warm greeting."

"He made the world a better place and Preston's presence will be deeply missed," Thompson said told CNN.

Phillips was a 1990 Harvard Medical School graduate who most recently worked as an orthopedic surgeon with an interest in spinal surgery, joint reconstruction and fracture treatment, Tulsa police said on Facebook.

Ruth Folly, a surgical technician at Saint Francis Hospital, told CNN she and Phillips had previously gone on several medical missions together to Africa and he touched the lives of many.

Phillips traveled yearly with the nonprofit organization, Light in the World Development Foundation, according to Folly. The group was founded by Phillips' colleague and Folly's father, Dr. Komi Folly, with a mission of providint surgical services to those in under-served areas of the US and Africa.

"You always call me a son and I call you father," Dr. Folly wrote on Facebook. "You told me last week at work during lunchtime to not stop this project in Togo in case something happens to you. I did not know that you were giving me the last advice for our journey. I am so sad to see you go without a goodbye. Your work will continue. You will be missed."

Dr. Stephanie Husen was a doctor of osteopathic medicine at Saint Francis Hospital who was described by Robertson as "an incredible person."

Tulsa police described Husen as a sports and internal medicine specialist with the Warren Clinic. She received her undergraduate degree at the University of Oklahoma, where she was a member of the Chi Omega Sorority.

"Today we mourn the loss of one of our own members of PC'92," the chapter shared in a message on social media.

"Our hearts are with the family and loved ones who lost such an incredible woman. She was known and loved by so many and will always be remembered. No words could ever take away the pain of those affected, but know that we are here in full support and will continue to pray," the message added.

William Love was a patient at the Warren Clinic, where the shooting occurred, Tulsa Police Chief Wendell Franklin said during Thursday's news conference.

"To the family of Mr. Love I'm so sorry we couldn't save you," Parker, the associate chief medical officer, said through tears. "When I woke this morning, I really just wanted this to all be a bad dream, but this is the reality of our world right now."

At the time of the shooting, Love heard the shots ring out and knew his wife, Deborah, "would not be able to escape the building on her own. He sacrificed his life for her," Tulsa police said on Facebook, citing family.

The two would be celebrating their 55th wedding anniversary in August, according to police.

Love was a retired Army First Sergeant with 27 years of service, including one tour in Vietnam, police said.

He loved to travel and be with his family, authorities added. Love is also survived by his brother, daughters, eight grandchildren and six great-grandchildren, police said.

Amanda Glenn was a receptionist at the Warren Clinic, Franklin said.

Glenn's friend of five years told CNN she was a mother of two boys who always had her sons in mind in everything she did.

And they, in turn, were "mama's boys," Amy Pennington said.

Glenn was one of the "proudest mothers," that Pennington has ever met, and she shared a strong bond with her sons.

Glenn is also survived by her husband.

"She was a hard worker, kind soul, and would do anything for you," Pennington said.

Tulsa police described her in similar terms: "A true servant's heart, Amanda always put everyone else first," authorities said, adding she worked in the medical field for more than 18 years.

"She was the happiest just being with her family, with the most amazing love for her boys and husband," police said. "Her family says she was always had the brightest smile and kindest spirit."