A passenger tried to breach the cockpit of a Delta flight to Nashville, forcing the plane to make an emergency landing 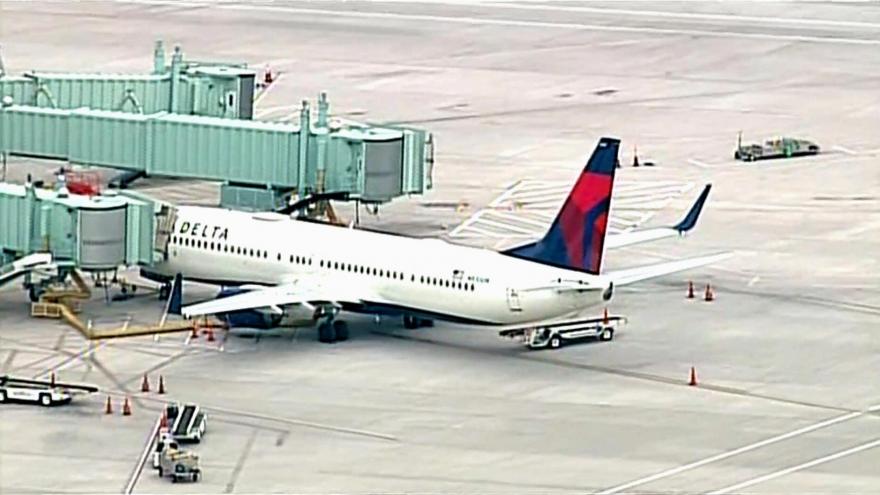 A Delta flight made an emergency stop after a passenger attempted to breach the cockpit, an official said Friday.

(CNN) -- A passenger attempted to breach the cockpit of a Delta Air Lines flight from Los Angeles to Nashville on Friday, forcing the plane to make an emergency stop in Albuquerque, New Mexico, according to officials.

The cockpit was never breached, and the passenger was taken into federal custody, Stephanie Kitts with the Albuquerque International Sunport told CNN.

The FBI confirmed via Twitter that it responded to the incident, but added, "There is no threat to the public at this time."

A passenger on the flight, who spoke to CNN, said the man "seemingly unprovoked, just got up and rushed the pilot's cabin and began banging on the doors."

Grace Chalmers said the man was quickly taken down by another passenger, who was then assisted by the cabin crew. She said he was held to the ground for about 20 minutes until the pilots could land the plane at the Albuquerque International Sunport.

Video taken by Chalmers shows the man, barefoot and bound at the wrists and ankles, being pulled from the jet. He can be heard quietly but repeatedly saying, "Stop this plane."

Passengers were kept in Albuquerque for hours while Delta made arrangements for them to continue to Nashville.

"We've all been able to relax," Chalmers said by phone from the Albuquerque airport, "but I would say, in the moment, it was extremely stressful."

In a statement, Delta praised the passengers and crew on board Flight 386. "The aircraft landed without incident and the passenger was removed by law enforcement," the statement said.