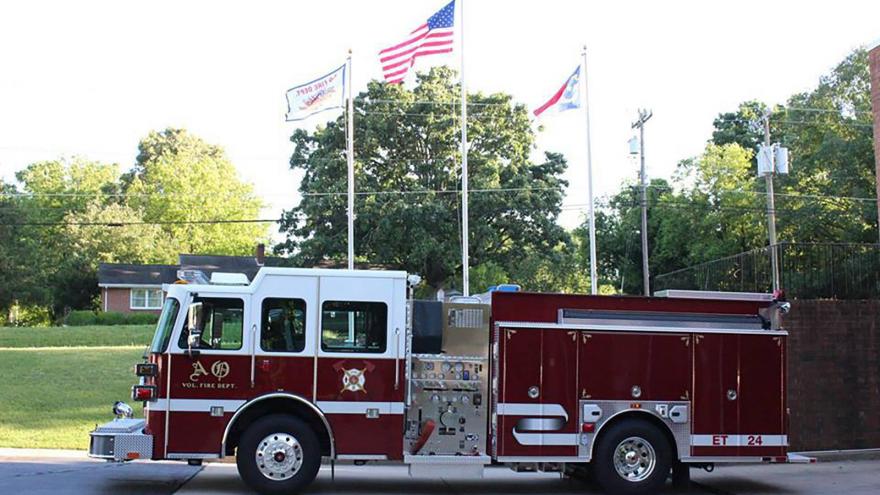 A paramedic lost his daughter after discovering she was trapped in a house fire he was responding to, fire officials said. The Altamahaw-Ossipee Fire Department, who responded to the fire.

(CNN) -- A paramedic lost his daughter after discovering she was trapped in a house fire he was responding to, fire officials said.

The fire started Tuesday morning near Elon, North Carolina. While responders with the Altamahaw-Ossipee Fire Department were on the way to the house, they were notified that one person was stuck inside, according to a statement posted to the department's Facebook page.

Eddie Thomas, who has been a paramedic with the department for more than 30 years, was one of the responders that morning. It was his house that was on fire, and his daughter who was inside.

When firefighters arrived at the scene, they rescued Thomas' 40-year-old daughter, Candice, from the burning home. They initiated CPR on the scene before Candice was transported to a local hospital, where she died later that day.

While the fire is still under investigation, a GoFundMe page has been set up to help the family with medical expenses, funeral costs and property damages from the fire. The department is also collecting donations for the family.

"We're just trying to get (Thomas) what he needs," Chief Edward Lipscomb told CNN. "Make sure he's taken care of. Losing everything you got is unimaginable, losing your daughter in the event is -- I don't even know how to comprehend that."