A nurse's training didn't protect her from vaccine misinformation. Now, she's one of the victims of Covid-19 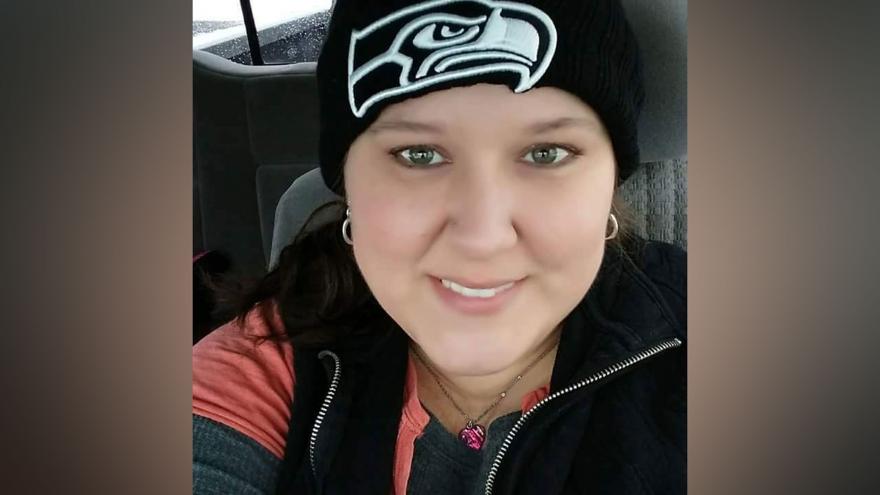 (CNN) -- Natalie Rise was a registered nurse in Idaho who loved her job as a home health care worker before she decided to stay at home with her special-needs twins, according to her brother, Daryl Rise.

But her science-based training to become an RN was apparently no match for the disinformation about Covid-19 vaccines being shared across social media, according to her brother.

Rise refused to be vaccinated, even as the virus surged in her city, Coeur d'Alene. And even as her mother lay in a coma in a hospital bed, fighting for life against Covid, Natalie advised her family against being vaccinated.

"She was telling me not to get vaccinated," Daryl Rise told CNN. "I think it was from misinformation, I think it was falling into negative social media and bloggers, YouTubers."

His sister didn't think there had been studies on the vaccines, Daryl Rise said.

There have been numerous scientific studies of the vaccines, testing on thousands of people and millions have received them after authorities granted approval based on those studies.

Natalie Rise, 46, died August 22, one of the many unvaccinated patients who have triggered a capacity crisis in Idaho hospitals that's flowing into Spokane, Washington, which is about 33 miles away.

Idaho last week said that healthcare providers are allowed to ration care, meaning that providers decide who is sickest and needing immediate care, and who must wait for care.

"This is serious; your ability to receive care in a hospital will likely be affected," the Idaho Department of Health explained the measure on its website. "It may look very different than how you have received care in the past. Surgeries are being postponed, emergency departments are full, and there may not be any beds for patients to be admitted to the hospital."

But there's not much alternative, Idaho providers say. Hospitals are converting classrooms and conference rooms into hospital care rooms, and there are patients in the hallways.

"We're in the worst state that we ever have been in the pandemic, this surge has been back-breaking for our health care facilities," said Katherine Hoyer, a spokeswoman for Panhandle Health District that covers five northern counties in Idaho. "Our case investigators, they cannot keep up."

She explained that the hospitals are full of people who are unvaccinated. "It's been like a tsunami wave that continues to hit us each day," Hoyer said.

As for the cause of vaccine hesitancy in Idaho, Hoyer blamed misinformation and disinformation. "Social media makes it so easy to spread information quickly that may seem like fact, and it's not. I wish people would listen to credible sources," she said.

The tsunami has washed into Spokane. "We're declining roughly half of our patients at this point due to capacity, and we've done a lot of things to try to increase capacity," said Daniel Getz, chief medical officer at Providence Sacred Heart Medical Center and Holy Family Hospital in Spokane.

"Historically we're roughly able to accept 90% of transfer requests from our communities to bring patients in," Getz said. "We've struggled over the past two weeks to accept half of those patients."

The hospital is opening a second ICU in the postoperative recovery area, he said, but it's not unthinkable that it too, will have to ration care.

"If we get to the point where we saturate our ability to deliver care, then we're put in that incredibly difficult position," Getz said. "And that's a tragic decision to have to make. You're now trying to triage patients. You have multiple sick patients. You're trying to determine which of those patients does not get life-saving care."

Getz is quick to point out that there are pockets of unvaccinated people in east Washington who are contributing to the crisis. And the overwhelming majority of those crowding medical facilities in both Washington and Idaho are not vaccinated, health officials said.

Patients who are not immediately able to receive the care they need are taking it "horribly, and rightly so," Getz said. "At the end of the day, we're delaying their care."

As for the Rise family, Natalie's death has upended the family. Daryl has given up his job as a truck driver to help care for the 10-year-old twins his sister left behind, he said.

His and Natalie's mother, who is still recovering from Covid-19, remains on the fence about being vaccinated, he said.

But Daryl got his first shot the day after his sister died.