A newly discovered asteroid will pass close to Earth on Thursday 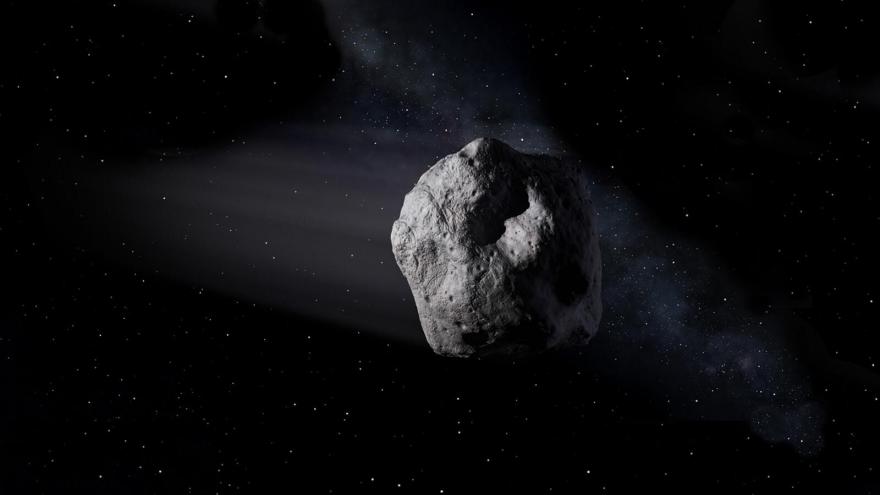 Discovered only on September 18, in Tucson, Arizona, the school bus-sized asteroid which is estimated to be somewhere between 15-30 feet in diameter is expected to graze past our planets surface with about 13,000 miles of breathing room.

(CNN) -- In a year that seemingly keeps on giving, perhaps it's not so surprising that NASA's newly discovered asteroid called 2020 SW will give earth a not so socially distant pass.

Discovered only on September 18, in Tucson, Arizona, the school bus-sized asteroid which is estimated to be somewhere between 15-30 feet in diameter is expected to graze past our planets surface with about 13,000 miles of breathing room. This falls well below the orbit of our geostationary weather satellites which are located about 22,000 miles above earth's surface.

Its closest approach to earth will occur around 7:12 a.m. ET on Thursday, as it skirts over the Southeastern Pacific Ocean, near Australia and New Zealand.

Its approach will be so close to earth, that our gravity will alter its speed and trajectory according to earthsky.org.

"There are a large number of tiny asteroids like this one, and several of them approach our planet as close as this several times every year," said Paul Chodas, director of the Center for Near-Earth Object Studies (CNEOS) at NASA's Jet Propulsion Laboratory in Southern California.

Fortunately, the asteroid is not on an impact trajectory with earth, and if it were, our atmosphere would likely break it apart, creating a bright meteor, known as a fireball.

An even closer visitor

Although we received a six-day heads up on this week's arrival of asteroid 2020 SW, no one saw the SUV sized asteroid called 2020 QG coming. It made history last month by becoming the closest non-impacting asteroid on record.

In the early morning hours of August 16, the asteroid passed within 1,800 miles of the earth's surface over the Indian Ocean and was only discovered after having zipped past our planet. It's small size, estimated between 10-20 feet wide played a role in our inability to spot it coming.

The record breaking close approach was the galactic equivalent of a bullet grazing ones skin, but fortunately the small size of the asteroid would have likely resulted in it breaking apart, even if its trajectory lined up with earth.

According to NASA, there are likely hundreds of millions of near earth asteroids similar in size to 2020 SW and 2020 QG, making them extremely hard to discover until they are very close to earth.

One such small asteroid called 2018 VP1 is projected to make a close pass of Earth on the day before Election Day.

The 6.5 foot asteroid poses no threat to Earth and its puny stature would be no match for our atmosphere even if it had an impact trajectory with earth.

NASA categorizes NEO's (Near Earth Objects) as ones that come within 4.6 million miles of earth (0.05 astronomical units) and measure more than 460 feet in diameter.

One such asteroid fits this description to a tee and is expected to make an uncomfortably close approach to earth on Friday April 13, 2029.

The asteroid designated as 99942 Apophis is one massive space rock. Measuring at over 1,100 feet across, Apophis is expected to pass within just 19,000 miles of the earth surface, once again below the orbit of weather satellites.

The asteroids size greater than three-and-a-half football fields, making it exceedingly rare for a large body to pass with such close proximity to earth, giving scientists what's expected to be a once in a lifetime opportunity to study asteroids.

At its closest approach to earth, shortly before 6 p.m. ET on April 13, 2029, the massive asteroid will cross over the Atlantic Ocean and the United States in a little more than one hour. It will be close enough and large enough for it to be seen by the naked eye by more than a billion people on earth. Fortunately, scientists are confident that 99942 Apophis will not strike earth in 2029.

A little more than a decade ago, Congress assigned NASA to find 90% of the near-Earth asteroids that fit this description and are about 460 feet or larger in size.

Larger asteroids pose an obvious threat in the even of an impact, and can be detected much farther away from Earth, as their rate of motion in the sky is often much smaller at that distance.