A neurologist who was convicted of the sexual assault, abuse and rape of 6 patients dies by suicide at Rikers Island 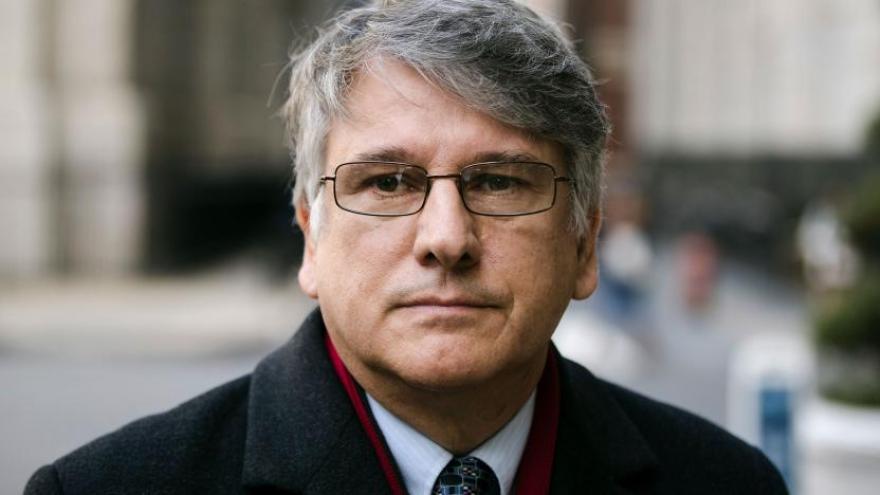 Dr. Ricardo Cruciani leaves the center for criminal justice, Nov. 21, 2017, in Philadelphia, after pleading guilty to misdemeanor charges that he groped women at a clinic.

(CNN) -- The Manhattan neurologist recently convicted of sexually assaulting, abusing and raping six of his patients died by suicide at Rikers Island on Monday, authorities said.

Cruciani, who raped some of his patients and overprescribed powerful pain medication to maintain his control, died at the facility at 6:30 a.m., according to a statement from the New York City Department of Correction.

Emergency medical technicians raced to the jail when an inmate, later identified as Cruciani, was found at 5:50 a.m., unconscious and unresponsive with cardiac arrest, according to a spokesperson for the Fire Department of New York. He was declared dead at the scene, the spokesperson said.

Cruciani was being housed at Rikers Island until his sentencing, which was slated to happen in September. His death, at least the 11th at a New York City Department of Correction facility in 2022, is the latest in a string of fatalities at Rikers, a jail notorious for reports of violence and brutal conditions.

Cruciani's attorney, Frederick Sosinsky, confirmed the death, adding that he had requested Cruciani be placed in protective custody and under suicide watch when he was convicted on July 29.

"Neither of these conditions were, to our knowledge, ever complied with," Sosinsky said in a statement. "Had they been, we would not be having this terrible discussion. We are calling for an immediate and objective investigation into the actual circumstances of Ricardo's death, including, most fundamentally, why in the world Corrections failed to follow the Court's orders regarding placement of Ricardo."

The department released a statement saying that an investigation will be conducted to determine the circumstances surrounding Cruciani's death.

"I am deeply saddened to learn of the passing of this person in custody," Louis Molina, commissioner of the Department of Correction, said in a statement. "We will conduct a preliminary internal review to determine the circumstances surrounding his death. Our thoughts and prayers go out to his loved ones."

The Correction Officers' Benevolent Association, the union that represents the correction officers inside department facilities, which include Rikers Island, said Cruciani was not on suicide watch.

"Typically, when an inmate enters our custody for the first time, facing a serious high-profile crime, they are put under suicide watch, which requires an additional officer to supervise that inmate," union president Benny Boscio said in a statement. "The fact that this inmate wasn't put under suicide watch raises serious questions. Our officers were not responsible for this tragic incident, which was clearly a managerial failure."

Cruciani was convicted last month after a jury found that he manipulated and abused six female patients at a New York City hospital and facilities in New Jersey and Pennsylvania, according to a statement released by Manhattan District Attorney Alvin Bragg at the time of the conviction.

The neurologist, who was supposed to help his patients deal with chronic pain diseases, groped and forcibly kissed his victims before he used his psychiatric training to manipulate them, the statement said. Cruciani also overprescribed powerful pain medication to the women, so much so that they became addicted but could only go to him, as no other doctor was prescribing the amount they needed to keep the addiction going, the statement said.

After a monthlong trial that included testimony from victims, Cruciani was found guilty on 12 counts, including charges related to sexual assault, sexual abuse and rape, according to the Manhattan District Attorney.

Cruciani, who was also the former chairman of Drexel University's Neurology Department, previously pleaded guilty in Philadelphia to seven counts of sexual misconduct with patients and was sentenced to seven years' probation in 2017.