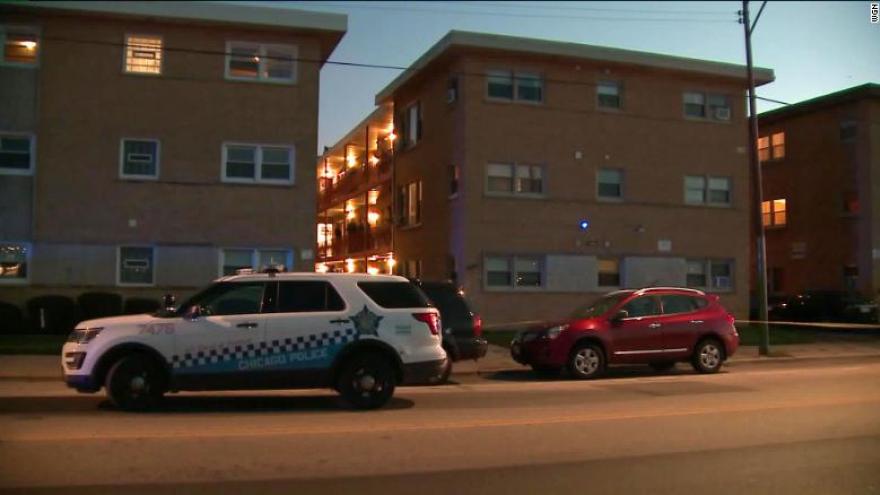 (CNN) -- A neighbor is in custody after he shot five people -- four of them fatally -- in an apartment building in Chicago, police said.

The shooting happened Saturday night and a weapon has been recovered from the scene, according to Tom Ahern, a spokesman for the Chicago Police Department.

The suspect -- a 67-year-old retired construction worker -- allegedly shot the victims as they were eating inside a residence, CNN affiliate WGN reported, citing police.

"When he walked into that neighbor's apartment, there were four people at the table eating dinner," First Deputy Superintendent Anthony Riccio said. "For reasons we don't yet know, he opened fire and killed them."

After the shooting at the dinner table, the man allegedly went upstairs and shot a woman, who was hospitalized in critical condition, the affiliate reported.

The suspect is a neighbor who is known to the victims, Ahern said.

Police did not release additional information.