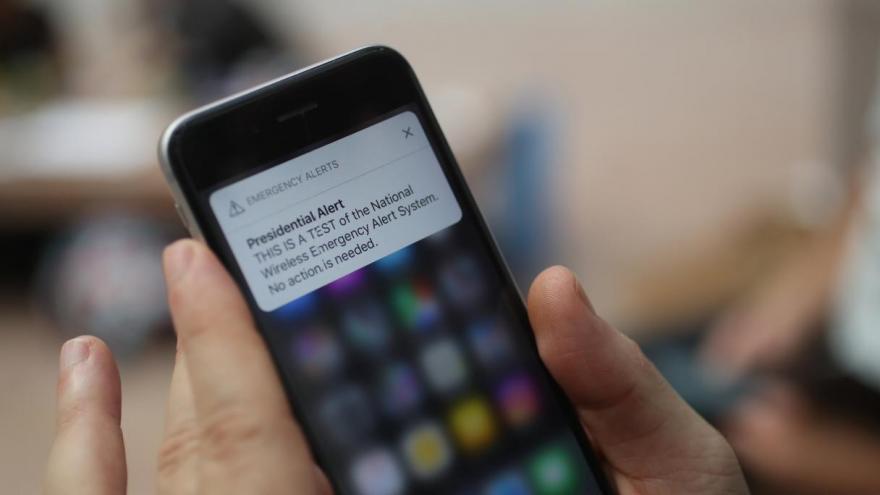 A test of the wireless emergency alert system is displayed on an iPhone.

The alerts will also have a unique tone and vibration so they are accessible to people with disabilities, according to the news release.

The wireless alerts will only go to cell phones that have opted in.

"The test is intended to ensure public safety officials have the methods and systems that will deliver urgent alerts and warnings to the public in times of an emergency or disaster," the news release says.

This is the sixth test of the emergency alert system -- which goes to radios and television -- and the second test for the wireless emergency alerts, but the first on a consumer opt in basis.

For one minute, the emergency alert system message will read:

"This is a test of the National Emergency Alert System. This system was developed by broadcast and cable operators in voluntary cooperation with the Federal Emergency Management Agency, the Federal Communications Commission and local authorities to keep you informed in the event of an emergency. If this had been an actual emergency an official message would have followed the tone alert you heard at the start of this message. No action is required."

On most cell phones, you can opt in and out of the wireless alerts in your notification settings.