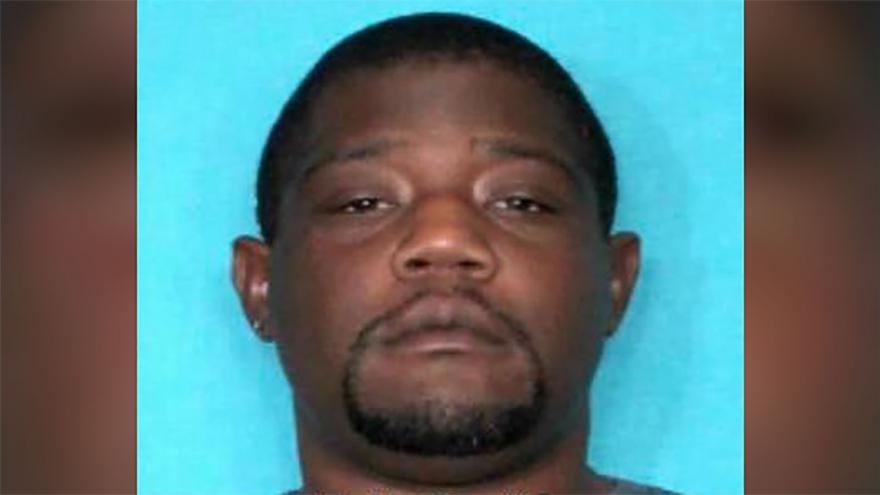 (CNN) -- A man suspected of double murder and the infant son he kidnapped were killed Monday after an interstate car chase ended in a police shootout in Biloxi, Mississippi.

The infant was injured and taken to a hospital in Alabama, where he died from a single gunshot wound, according to the Harrison County Coroner's office.

The incident began Monday at 11:30 a.m. when theEast Baton Rouge Parish Sheriff's Office responded to a 911 hang-up call at a home in Baker, Louisiana. There, deputies foundChristin Parker, 32, and her nephew, Brandon Parker, 26, fatally shot, the sheriff's office said.

Smith, who was Parker's ex-boyfriend, according to the sheriff's office, reportedly fled the scene with his and Parker's 4-month-old son in a blue Nissan Altima with dark tinted windows, the office said.

Just before 3 p.m., the Biloxi Police Department received information that Smith had been located on Interstate 10 in Mississippi driving east and nearing Gulfport, Biloxi Police Maj. Christopher De Back said in a statement. Multiple law enforcement agencies were trying to stop the suspect, and the highway pursuit entered into Biloxi, police said.

CNN Affiliate WLOX, which viewed the pursuit on state traffic cameras, showed dozens of law enforcement vehicles from multiple agencies all following behind Smith's blue vehicle. Authorities closed off exits along the highway and used spikes to try to safely stop the vehicle, WLOX reported.

At mile marker 40 on I-10 -- about a 140-mile drive from the Louisiana home where the shooting occurred -- the suspect's vehicle was bumped by a police car and came to a stop in the grassy median, video from WLOX shows.

A massive shootout ensued, and both Smith and the infant were killed, authorities said.

"As the suspect exited the vehicle, shots were fired," Biloxi Police said in a statement. "Medical attention was given to the suspect but he died as a result of injuries sustained." The infant "did receive injuries," police said. He was taken to a hospital for treatment and later died.

Upon further questioning, De Back declined to clarify who fired shots, saying that was part of the investigation. He said even once that is determined, police would not be able to release the information.

"Once a thorough investigation is completed the details will be released to the District Attorney's Office for review," he said in a statement.