A mother murdered. Her toddler missing. And the family left to search for her year after year 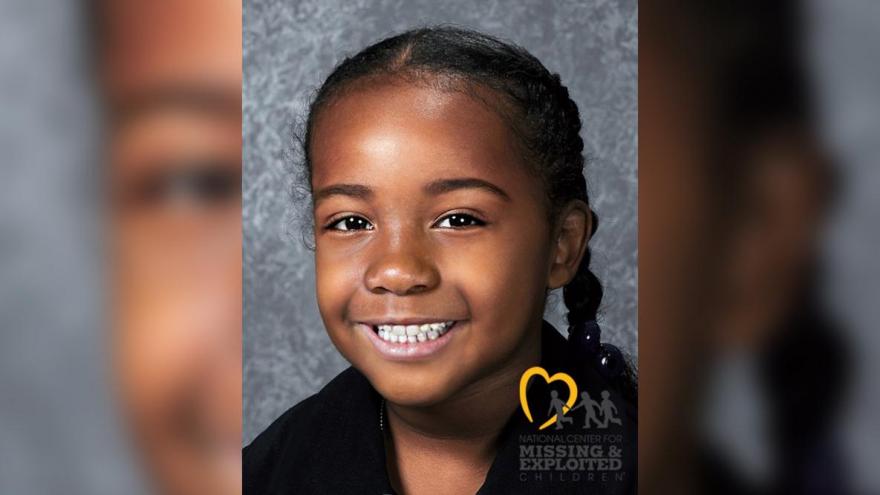 An image of Arianna Fitts age progressed to 6 years old. She is now 8.

(CNN) -- Arianna Fitts was just two-and-a-half years old the last time she was seen by family.

The search for her began when her mother, Nikki, was found murdered and left in a shallow grave in San Francisco's McLaren Park. There was no sign of the toddler.

Arianna's aunt, Tess Fitts, has been facing the soul-destroying mystery of the double tragedy ever since.

"I do believe that Arianna is still alive, and it would mean everything to me to know where she is and to find her," Fitts told CNN recently, and began to cry. "I wait for that day, every single day. I believe that day will come."

But unlike the recent missing person case of Gabby Petito, or the disappearance of Natalee Holloway or the unsolved murder of JonBenet Ramsey, there is no army of obsessed followers also hanging on every development, and no sustained media coverage.

Asked why Arianna was not a household name, Tess Fitts took a long pause.

"I honestly thought she was," she said at last. "It's kind of surprising to me to know that she's not."

Fitts says she chooses not to dwell on the issue of race, whether there might have been more attention if her sister and her toddler niece were White, not Black, rich not working poor.

It's an issue faced by an untold number of families of color looking for missing relatives: Have race and bias, conscious or unconscious, hindered their quest for answers?

David Robinson, an Army veteran, searching for his son Daniel in the Arizona desert, doesn't want to believe race plays a role but he can't shake the feeling it's true.

"I don't even want to think like this, but in my situation, people think of me or his mother different. Like we love our children less or something, or they are less important or something. That's what it feels like," he said.

Carmen Bolden Day thinks there would be more answers in the disappearance and death of her son Jelani if there had been the same attention on him as with the Petito case. Native Americans and other people of color also say authorities can be slow to act.

Tess Fitts smiles when she thinks of Arianna, describing her as "a very energetic, bubbly and curious kid."

"We'd be out in public [and] she'd just wave at strangers with a smile and people would respond to that," Fitts said. "Very intelligent, very curious about things, and she also had a little bit of sass sometimes too."

But Fitts's face becomes strained when she moves to what happened.

"I think that Arianna was taken because someone wanted her. Someone fell in love with her and they wanted her as their own," she said.

For her, the murder of her sister Nikki and the disappearance of Arianna, have to be linked. Nothing else makes sense.

She says Nikki Fitts would sometimes have babysitters in Oakland care for her daughter overnight while she took late or early shifts at a Best Buy store in San Francisco, using public transport for the lengthy commutes.

It is not known when Nikki Fitts last held her daughter, but they were last seen together mid-February 2016, according to the family.

Nikki Fitts was reported missing in early April 2016. Police say she was "lured out" by a call to "go meet the babysitter."

Police initially had some leads but none led to Arianna. No charges have been made in the murder of Nikki Fitts or the disappearance of Arianna.

And five years later on, there is still no trace of the once-toddler who's now likely lost some baby teeth, grown a ton, and maybe learned to ride a bike.

There has been media coverage of Arianna's case. The SFPD says the case is open and active, the FBI included her on one of its podcasts and there are rewards for information.

But even at the time she first went missing, there was no national frenzy to find her.

Having to battle for attention

David Robinson is also in the hellscape of not knowing what has happened, in this case to his son, Daniel, who went missing from a worksite outside Buckeye, Arizona. Police said they searched three times for Daniel, a geologist, on the ground and with helicopters but came up with nothing.

Robinson became frustrated from what he thought was a lack of official action and traveled to Arizona, to search for his son himself, hiring a private investigator too. He also began pleading for media attention of the kind that was being directed at the search for Gabby Petito.

"I love my son, he is my responsibility ... but we need help," Robinson told CNN. "My son means the world to me, and to his mother and his siblings. We would like to have that same kind of attention."

Five months into what Robinson calls his mission to find his son, evidence and clues have turned up. After local media did a story, Daniel said help began to arrive, regular citizens who volunteered their time for a stranger.

Four weeks after Daniel Robinson went missing, police called David Robinson. The younger man's car was found crashed. His cell phone, the clothes he was wearing that day and a case of water were all found in and around the wrecked car. But no Daniel.

So the volunteers and Robinson continued to search. They have found all sorts of the things. The most disturbing: human remains.

Buckeye Police Chief Larry Hall told CNN evidence was being assessed, but it was not Daniel. "We're waiting for DNA to come back on that case before we can positively identify with the victim in that," he said.

Volunteer searchers looking for Daniel may have helped solve another missing person's case. But David Robinson is left with even more questions and will keep trying to get his son's story out as he seeks a resolution.

An ally in his work is Derrica Wilson, a former police officer, who co-founded the Black and Missing Foundation to highlight cases of missing people of color.

She said no missing person of color has become a household name in the US.

"There's not one," she told CNN. "I really think there is unconscious bias out there."

Because of course, there are many missing people of all races. The National Center for Missing and Exploited Children said out of nearly 30,000 children reported missing in 2020, more than 62% were Black, Latino, multiracial, Native American, Asian American or Pacific Islanders.

"There are a lot of Gabby Petitos and Natalee Holloways in the black and brown community," Wilson said.

Tess Fitts lives that truth every day, looking for her niece. She says the San Francisco police have been working her case but Arianna is not home and she cannot live with it.

So she has to taken up some of the challenge, creating a website, a Facebook group, and talking about Arianna whenever she is asked.

"I want everyone, everyone to know."