A mother gave birth to other couples' babies because of an IVF mix-up, lawsuit states 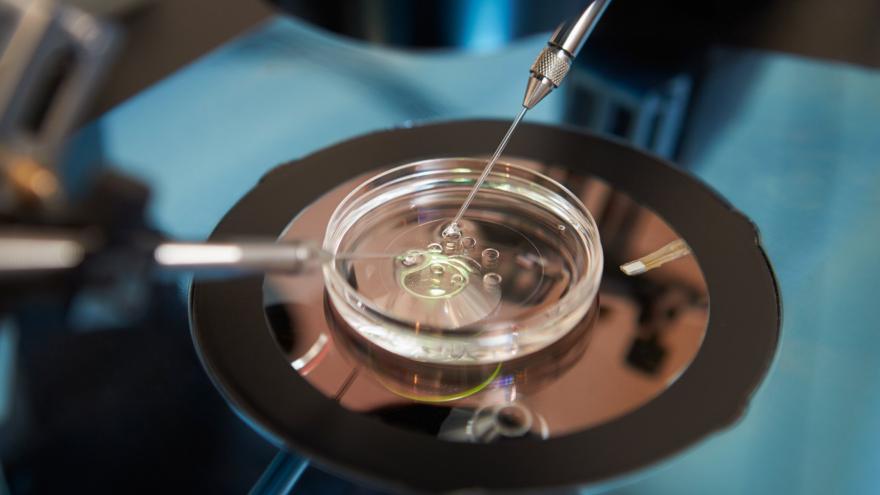 (CNN) -- A couple from New York is suing a fertility clinic after a woman gave birth to other couples' babies because of an IVF mixup, according to a federal lawsuit filed in US District Court.

The mother, who is Asian, gave birth to two non-Asian babies, and each child was a genetic match to a different couple that was also a client at the fertility clinic, the lawsuit states. The Asian couple was then forced to give up the babies to their true genetic parents.

The couple, identified only as A.P. and Y.Z., live in Flushing, New York, and were married in 2012. After having trouble conceiving a child, they decided to try to have a child through in vitro fertilization, or IVF, with a company called CHA Fertility based out of Los Angeles, the lawsuit states.

CHA Fertility did not respond to a request for comment.

In vitro fertilization is a series of procedures in which an egg is fertilized in a lab and then transferred to a uterus, according to the Mayo Clinic.

CHA Fertility claimed on its website to be one of the "premier fertility treatment networks in the world," the lawsuit states. The clinic says on its site that it has "fulfilled the dreams of tens of thousands of aspiring parents" in over 22 countries.

The lawsuit says that the couple spent more than $100,000 for the IVF services, including facility and doctors' fees, specialist services, medication, lab expenses, travel costs and more.

In early 2018, the company collected sperm and eggs from Y.Z. and A.P. and then formed five euploid embryos, four of which were female, the lawsuit says.

The first attempt at transferring an embryo to A.P. did not result in a pregnancy. They tried again and were "ecstatic" when they learned A.P. was pregnant with twins in September 2018, the lawsuit states.

However, a sonogram determined that the twins were both male. That "confused" the couple because there was only one male euploid embryo, which was not transferred to her, the lawsuit states.

But A.P. gave birth to twin boys in March -- and neither baby was of Asian descent.

"Plaintiffs were shocked to see that the babies they were told were formed using both of their genetic material did not appear to be," the lawsuit states.

DNA testing found that the babies were not related to the couple, nor were they related to each other. In fact, each baby was genetically related to a couple that had also gone for treatment with CHA Fertility, the lawsuit says.

Because of that, A.P. and Y.Z. were required to give up custody of the babies to their genetic parents.

The couple still does not not know what happened to their two embryos that were supposed to be transferred to A.P., the lawsuit states. The lawsuit, filed July 1, says the plaintiffs have suffered physical and emotional harm and accuses the defendants of medical malpractice, negligence and 14 other counts.