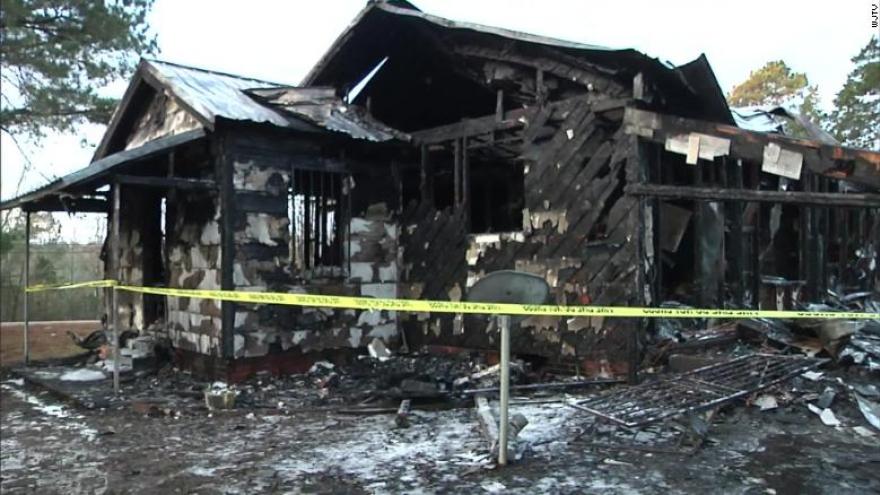 A New York Police Department officer is in stable condition after being shot, the NYPD told CNN, the second such shooting of an officer in the last day.

(CNN) -- A mother and her six children were killed early Saturday in a house fire in Clinton, Mississippi, fire officials said.

The children's father made it out of the home after trying to rescue his family, CNN affiliate WJTV reported. He was taken to a hospital with injuries, the station reported.

Officials said the cause of the fire was unknown but investigators were not suspecting foul play.

The father, who suffered smoke inhalation, cuts and burns, initially refused to be taken away by medics out of concern for his family, according to Mark Jones, a city spokesman.

"Once he's capable of being talked to by our investigators, we can get to him," Jones said. "We do know that he was worried and concerned and being cared to by our paramedics and ... at that point he did not want to leave the scene."

The children ranged in age from 1 to 15, according to a GoFundMe fundraiser and WJTV. The mother, Brittany Presley, 33, was a second grade teacher, according to a Canton Public School District Facebook post.

The father's condition is "still at a stand still," one of the the organizers wrote Sunday.

"We know that Jake will need all the support, love and prayers there is right now," organizer Lisa Williams wrote.

The home was built in 1951, Jones said. Investigators will look into why the mother and her children were unable to escape.

"One of the things we will look at, what might have prevented or caused the family not to be able to get out," he told reporters. "That would be burglar bars. We'll be looking for smoke alarms and any other smoke detection devices as well as communications to get the emergency call to 911."

"PLEASE PLEASE PLEASE check you smoke alarms in your homes before going to sleep tonight," the statement said, WJTV reported. "If your smoke alarms do not work or you are in need of smoke alarms contact your local fire department and they will install some FREE of charge."

"We are heartbroken to confirm that seven people were lost in this fire," the city said on Facebook.

"While we do not know a cause of the fire," the post said, "we do not suspect any foul play. This has been a tragic day for our City. We ask for your prayers for this family and our first responders. We ask this community to wrap each other in prayers and kindness as we all grieve together."