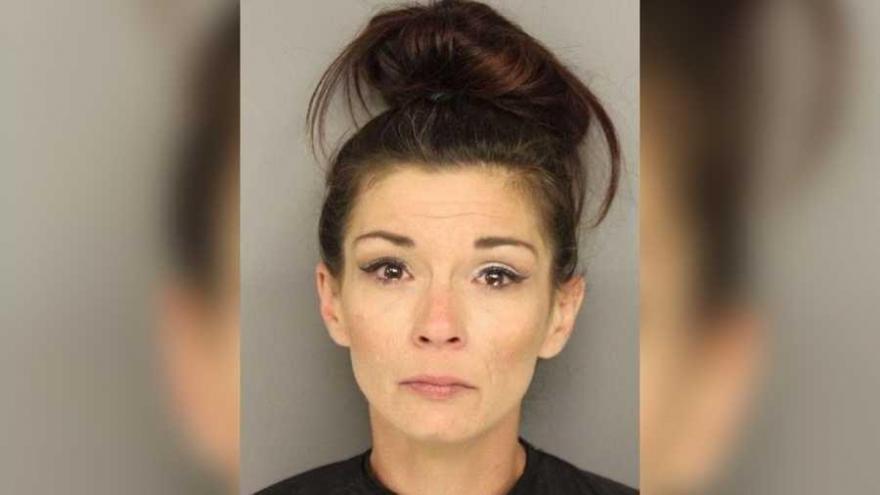 (CNN) -- She regrets breaking the law, but not standing up for her child.

Jamie Rathburn is in legal trouble after confronting her son's bullies.

"I don't regret standing up for my child one bit," she says. "I regret the way I did it."

She says the physical and verbal bullying of her son at Greenbrier Elementary School had been going on all year. Even though she's emailed and had meetings with faculty and administrators at the Greenville, South Carolina school, she said it didn't change anything.

The final straw was when administrators separated her son from other students for his protection. She said anywhere her son went, his teacher followed him, including lunch and the playground.

And when Rathburn says she lost her, "cool card."

"I walked right in that school [and] told those children that bullying wasn't okay," she told CNN. "If they wanted to continue then I needed to talk to their mommas because the school wasn't doing anything."

She says she also cursed out her son's teacher and the principal. A police report obtained by CNN confirms her account.

"The appropriate reaction to unhappiness with a school response is to have a conversation with the adults in charge," district communications director Elizabeth Brotherton told CNN in an email. "Ms. Rathburn did not enter the school and confront a specific bully or bullies, she yelled at and threatened dozens of eight and nine-year-old boys and girls because she didn't know who she was looking for."

Brotherton says the school was aware of the bullying accusations and that teacher and school administrators had met with Rathburn. The teacher was sending Rathburn regular updates about her son, and keeping a close eye on him as well as those accused of bullying, Brotherton said

The school district says they were unwilling to release how the alleged bully was being punished, as it would have violated another family's privacy. That, according to Brotherton, was one of Rathburn's frustrations.

Four days after she marched inside, Rathburn was arrested and booked into Greenville County jail on a charge of nonstudent interfering, disrupting or disturbing schools. Police became aware of the entire ordeal via a Facebook video that Rathburn posted, and then deleted, after the incident.

After the incident, Brotherton said the district issued a no trespass order for Rathburn that prevents her from for all Greenville County schools because she illegally entered the school — not because she confronted a bully.

South Carolina law classifies the crime as a misdemeanor and if she's found guilty she could be fined up to $2,000 and or be jailed for a year.

In hindsight, Rathburn says she regrets her actions but not for sticking up for her son.

"I do owe the staff, parents and students an apology — absolutely," Rathburn says. "My actions were wrong whether it was for the right reason or not. Putting myself in their shoes, I can understand how anyone would be upset."

In the meantime, she's getting her documents in order, setting up a donation campaign for her legal fees and trying to find a lawyer to help.

Her first court date is next week.