A migrant teenager in a Texas shelter was Tased by police. Now officials are investigating 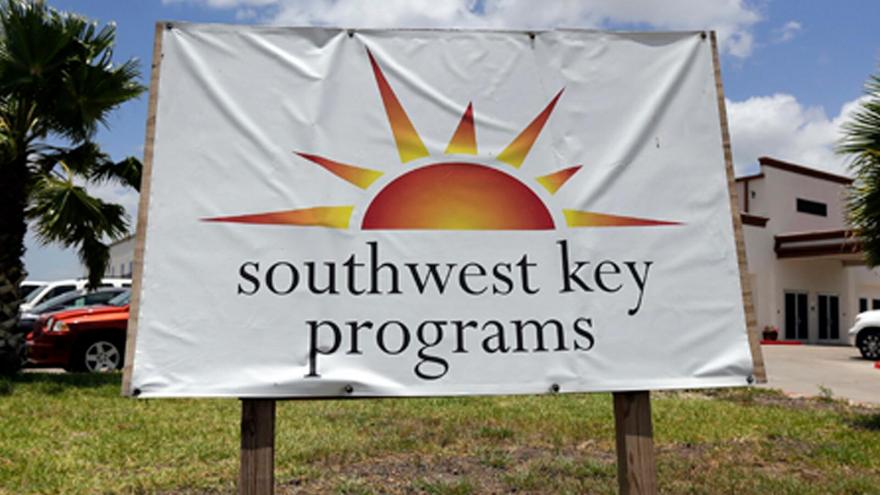 The footage, which the outlet said it obtained under a Texas state records law from the Bexar County Sheriff's Office, showed a deputy responding to a shelter in San Antonio run by federal government contractor Southwest Key and deploying a Taser on a 16-year-old boy who had reportedly become angry and aggressive.

In a statement to CNN, the sheriff's office said deputies responded to the facility on May 12, 2020, after a caller reported a juvenile had become "angry and uncooperative" and "damaged several bed posts and destroyed storage containers."

When deputies arrived at the shelter, they made contact with the caller and "gave the juvenile verbal commands and when the juvenile was non-compliant, the responding deputy Tased the juvenile and then detained him," the sheriff's office said.

The body camera video obtained by Reveal showed the deputy speaking for several minutes with shelter staff, who decides they want to press charges against the boy.

The footage shows the boy speaking to staff in Spanish, who are attempting to remove him from a bathroom and calm him down, while the deputies gave commands in English. The boy is heard repeatedly cursing at the shelter staffers and deputy standing nearby.

"Ready? I'm going to Tase this kid," one deputy could be heard saying in English.

The deputy tells the boy to stand up and turn around, then quickly deploys his Taser. The Reveal report said the Taser was deployed for about 35 seconds.

"After BCSO learned of this incident, Sheriff Javier Salazar immediately initiated an Internal Affairs investigation to investigate any wrong doing that may have occurred," the sheriff's office told CNN in a statement. The office said it was alerted to the incident last month, "which is when the internal investigation began. Shortly after, the deputy was placed on admin leave."

The sheriff's office said it would not provide a copy of the footage to CNN, "because the video contains a juvenile, in addition to this incident being under administrative investigation."

Rep. Joaquin Castro, who represents San Antonio where the shelter is located, called the video, "horrendous, and a clear example of excessive force and over-policing" and called for an HHS Inspector General investigation.

"I am urging a full investigation by the Inspector General of the U.S. Department of Health and Human Services of this incident, and also the Department's policy with respect to the use of local police and a review of refugee shelter's employee training and trauma-informed care practices," Castro said.

"No matter who you are or where you come from, everyone deserves to be treated with dignity and respect by law enforcement. The incident reaffirms the importance of quickly placing these children without their parents into the care of family relatives or sponsors in the United States while their asylum cases are adjudicated."