A Michigan woman who disappeared has been found dead, two months after reporting a shootout at a cabin 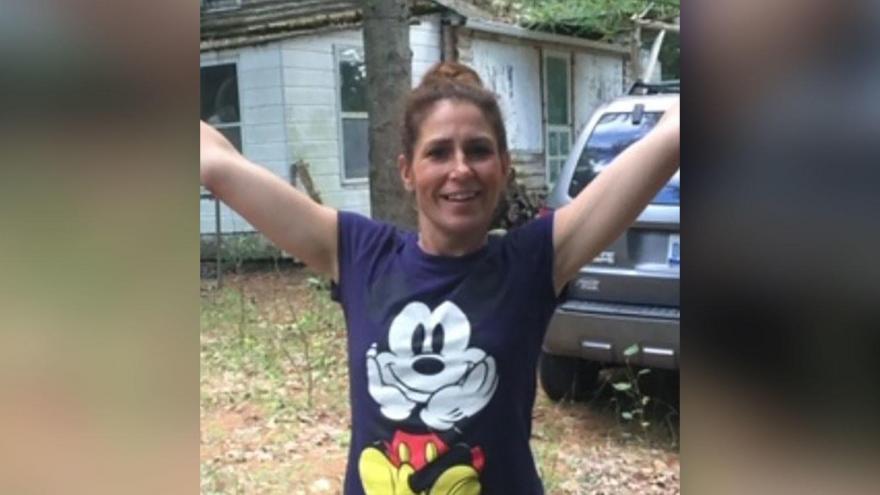 Adrienne Quintal told a friend she was in a cabin in Honor, about 250 miles northwest of Detroit.

(CNN) -- A body found in Michigan has been identified as Adrienne Quintal, who had not been seen since calling a friend in October to say she was involved in a shootout with two men, authorities said Monday.

Quintal's family and friends found the body submerged in water Saturday while searching a flooded area along the north branch of the Platte River close to the cabin from where she'd believed to have called, the Benzie County Sheriff's Office said in a news release.

An autopsy was conducted Sunday and officials say they are "confident because of identifying marks such as scars and a tattoo on her right ankle that the body is in fact that of Adrienne Quintal."

The medical examiner is waiting for toxicology results before making a final determination of cause of death. The initial investigation showed no signs of foul play, the sheriff's office said.

She asked the friend to call police and give them an address in Honor, about 250 miles northwest of Detroit.

When deputies arrived at the cabin, they couldn't find Quintal but did find bullet holes in the windows, spent shell casings indicating shots had been fired from inside the cabin, a handgun registered to Quintal, as well as her cell phone, car and purse. There was no blood or evidence of injury.

'We have been turning every stone'

The sheriff's office said K-9 teams showed interest in the area of Indian Hill and Hooker roads earlier this month but a thorough search was impossible because the land was marshy or covered with water because of flooding.

The family drained 12-14 feet of water from the property to allow the K-9 search. On Saturday, the family went out in canoes and found a body in about 3 feet of water, the sheriff's office said.

"Due to the proximity of the body to the cabin where Adrienne Quintal went missing from it was believed that the body found was that of Ms. Quintal," the news release said.

"As a family we have been turning every stone, looking everywhere for her," said her sister, Jenny Bryson.

"We can rest a little easier knowing that the journey so far has come to an end. It's been hard searching for her and even though we're glad to have some closure it's been heart-wrenching," Bryson said.