A Michigan man found $43,000 in a secondhand couch. He returned it all 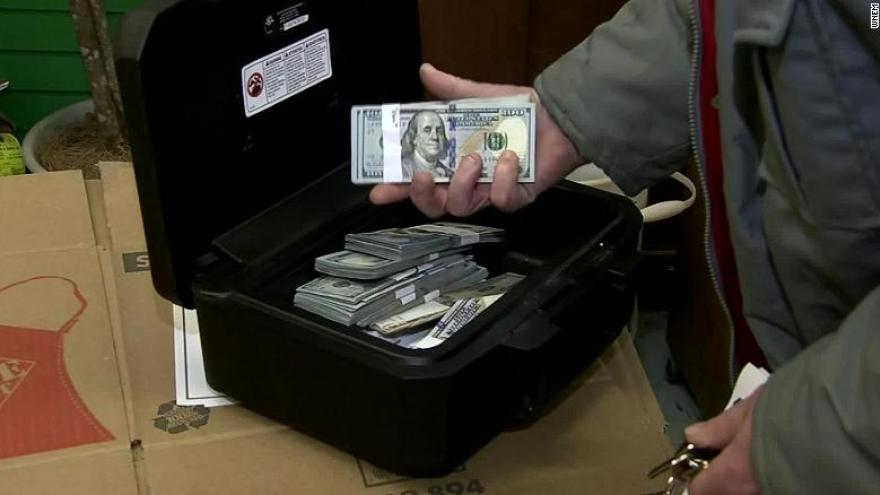 Inside the footstool cushion were bundles of cash, some with notes attached, totaling $43,170.

(CNN) -- A Michigan man bought a used couch for his man cave in December, and this week, he made an interesting discovery — $43,000 in cash hidden in the cushion.

Howard Kirby bought the couch from a Habitat for Humanity ReStore in Owosso, Michigan, CNN affiliate WNEM reported. But the ottoman that came with the couch was a bit uncomfortable, something he noticed a few weeks after buying the couch.

So, his daughter-in-law unzipped the cushion to see what was inside and found a box containing cash. A lot of cash.

"I still have to pinch myself to make sure I'm not dreaming or something," Kirby told the station.

An attorney told Kirby he had no legal obligation to return the money. But Kirby refused to keep the money, saying it didn't feel right. He called the store to find out who donated the couch, and who the cash really belonged to.

That person was Kim Fauth-Newberry. The couch originally belonged to her grandfather, Phillip Fauth, who died in 2019. On Thursday, Kirby returned the money to Fauth-Newberry, though he kept the couch.

"To me, this is someone who, in spite of what they're going through, in spite of their own needs, has said, 'I'm just going to do the right thing,'" he said

Kirby told WNEM that he could have used the money but ultimately feels good about his decision to return it.

"I always thought, 'What would I do if that ever happened,' and now I know, and it makes me feel good," Kirby said.