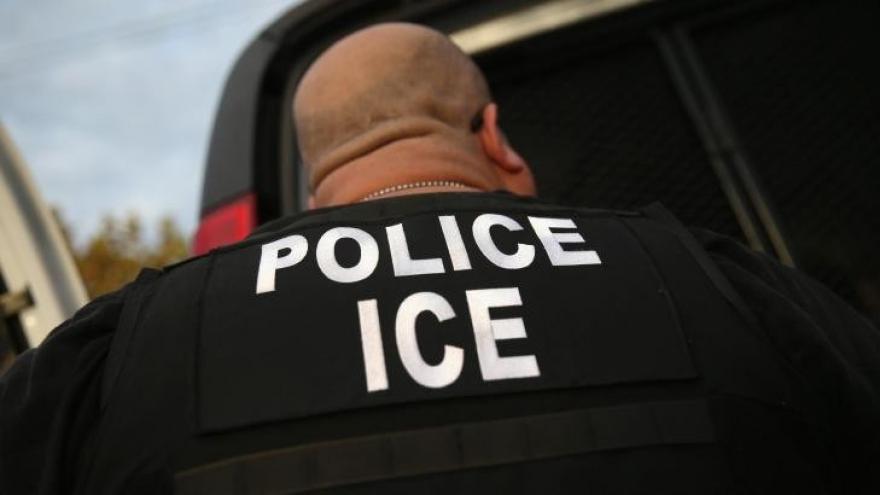 In its effort to sell off the lease to the Trump International Hotel in Washington, the Trump Organization has put together a glossy investor brochure complete with pictures showcasing the hotel's grandiose architecture, its central location and its spa's Himalayan salt chamber.

(CNN) -- A Michigan city will pay $190,000 to a Marine veteran and United States citizen who was arrested by the police and turned over to Immigration and Customs Enforcement officials.

The Grand Rapids City Commission on Tuesday approved the settlement to pay Jilmar Ramos-Gomez, who was born and raised in Michigan.

In November last year, the city's authorities arrested him after he allegedly set a small fire at a hospital, pulled a fire alarm and ended up on the hospital's helipad, according to the ACLU.

He pleaded guilty to a misdemeanor trespassing charge and a judge ordered him released on his own recognizance, his attorney says. But instead of releasing him from jail, local authorities handed him over to ICE, advocates said.

At the time, Kent County Undersheriff Chuck DeWitt told CNN affiliate WOOD-TV that his department's contract with ICE meant authorities had to tell the federal agency when he was about to be released.

Ramos-Gomez had "claimed in verbal statements to be a foreign national illegally present in the US," ICE said in a statement released through the sheriff's office. "Based on his statements, ICE lodged a detainer with local authorities."

ICE said it worked in good faith with the information it had available at the time. Ramos-Gomez was eventually released after three days in ICE custody.

"The fact that he has the name that he does, that he's of the ethnic background that he is, almost certainly played a role," said Miriam Aukerman, a senior staff attorney with the ACLU of Michigan.

He was a Marine for years

Ramos-Gomez served in the Marines from October 2011 to August 2014, according to military records. The lance corporal and tank crewman was awarded numerous medals for his service.

He suffers from post-traumatic stress disorder as a result of his service in Afghanistan, and has episodes where he disappears and has no recollection of where he's been when he is found again, the ACLU said. It added that's what happened when Grand Rapids authorities arrested him last year.

Ramos-Gomez isn't the only US citizen who's ended up in ICE custody.

Last year, the ACLU and Southern Poverty Law Center filed a lawsuit over the detention of Peter Sean Brown, a US citizen who was born in Philadelphia and ended up in ICE detention in Florida.

An investigation by the Los Angeles Times found that ICE has released more than 1,400 people from custody since 2012 after investigating citizenship claims.