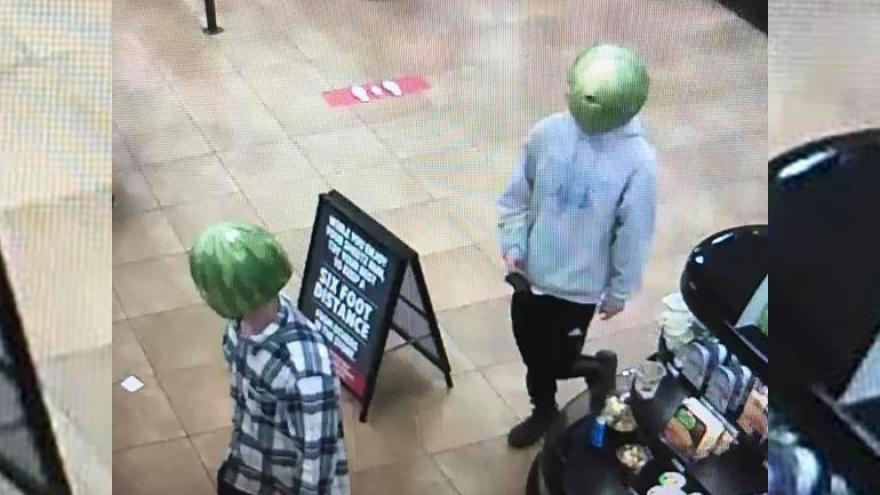 The two suspects at a Sheetz in Louisa, Virginia.

(CNN) -- A pair of melon heads -- yes, actual people with watermelons on their heads -- caused quite a stir after they used watermelons as face masks to allegedly steal from a convenience store in a small Virginia town.

The duo pulled up in a lifted 2006 black Toyota Tacoma pickup truck and entered a Sheetz store in Louisa on May 5 while wearing carved out watermelons with holes cut out for their eyes, according to the Louisa Police Department.

One of the two suspects was arrested on Friday, Police Chief Tom Leary confirmed to CNN. Police are still looking for the second suspect.

The 20-year-old suspect who was arrested has been charged with wearing a mask in public while committing larceny, underage possession of alcohol, and petit larceny of alcohol, police said.

"This is definitely not something you see very often in Louisa," Leary said. "We're a really nice, quiet town, with a lot of hardworking people and something like this is pretty unusual."

"The amount of work that you have to do to actually hollow-out a watermelon to stick it on your head, I think, is kind of crazy," she said. "Why? Why would they do that? It's so stupid."