A man went to the optometrist with something stuck in his eye. The doctor pulled out a tick. 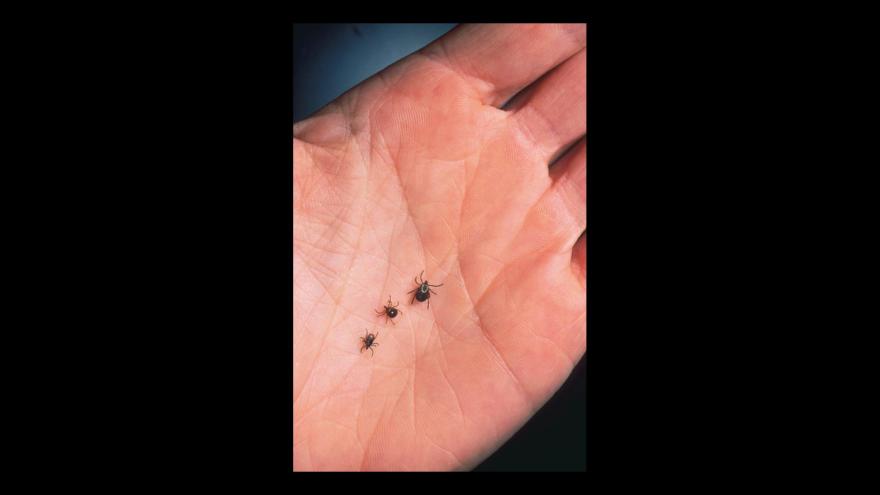 A tick attached itself to a Kentucky man's eyeball and stayed until a doctor tweezed it out.

(CNN) -- Kentucky electrical worker Chris Prater douses himself in insect repellent every day to beat the bugs he encounters on the job.

But all his spraying couldn't spare him from a pernicious tick that found in the one spot he couldn't swat — his eyeball.

"You can't spray your eyes," he told CNN affiliate WYMT.

The teeny parasite fought its way into Prater's eye some time during a July tree-cutting job in Johnson County, he explained.

Prater didn't originally think anything of the irritation before the diagnosis. It must've been the sawdust that got caught in his eyeball, he thought, and he could easily flush it out later.

Flush he did, but the discomfort persisted. Prater begrudgingly saw an optometrist who broke the news — a deer tick had taken up residence in his cornea.

Before Prater could wrap his head around it, the doctor numbed his eye and plucked the pest out with tweezers.

The tick made a "little popping sound" as it was pulled out, he said.

The doctor sent him off with antibiotics and a prescription for steroid eye drops. And Prater left with one less living thing sharing his body.

When it comes to finding new ways to freak people out, the bloodsucking disease-spreading parasite just won't quit.

Prater's tick-in-the-eye isn't even the first reported: an eye doctor recounted yanking a live tick out of a man's eye in a 2011 report from the American Academy of Ophthalmology.

And they're not partial to eyeballs, either. A 9-year-old boy in Connecticut returned from a romp at the playground to find a tick embedded in his ear, feeding on the blood from his eardrum tissue. If it hadn't been removed, doctors said the tick's tissue-munching might've impaired his hearing.

Oh, and researchers recently discovered that a species that has learned to clone itself and is predicted to "soon occupy a large swath of eastern North America."

In short: thank you, ticks, for absolutely nothing.