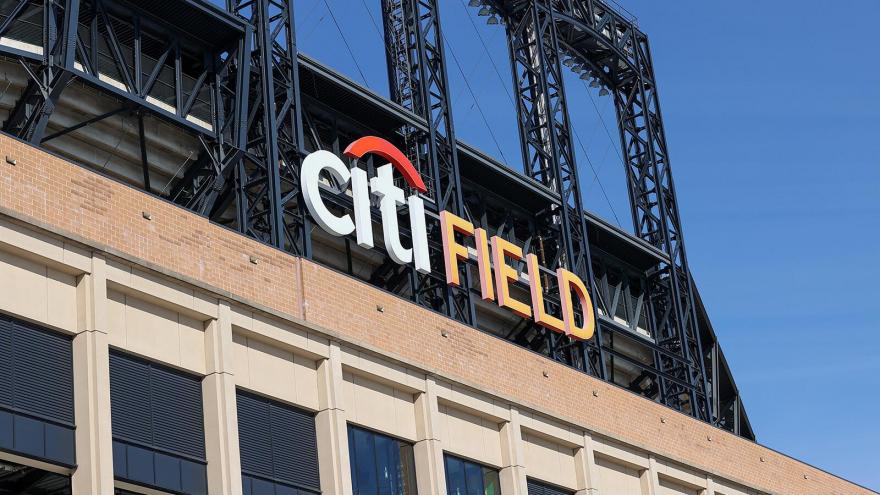 Citi Field in Queens, New York, is pictured in February 2021. A man was found dead at a baseball park in New York on August 20 after falling from the second-floor staircase.

(CNN) -- A man was found dead at a baseball park in New York on Friday after falling from the second-floor staircase.

The man was discovered at Citi Field, home to the New York Mets in Queens, the New York Police Department (NYPD) told CNN.

Police responded to a 911 call around 9:05 p.m. "Upon arrival, officers observed EMS personnel attending to a 46-year-old male who was suffering from injuries consistent with a fall from an elevated position," Detective Sophia Mason, a spokeswoman for the NYPD, said in a statement.

It is unclear if the man's death was accidental, Reyes added.

The man was transported in critical condition to Queen's New York-Presbyterian Hospital where he was pronounced dead. His identity has not been released as officials work on notifying family members.

"We are aware of a tragic incident which sadly resulted in a fatality last night," New York Mets spokesperson Harold Kaufman told CNN. "Our deepest and heartfelt condolences go out to the attendee's loved ones."

Rock band Dead & Company performed at Citi Field at 7:30 p.m. Friday night, according to the band's Instagram. It is unclear if the man fell during the concert.