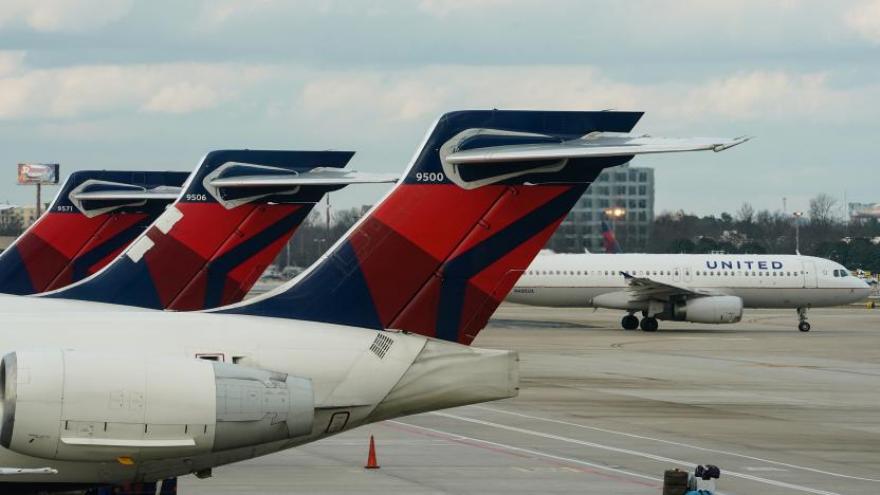 A man was arrested for allegedly creating multiple disturbances and exposing himself to a flight attendant and passengers during a Delta Air Lines flight.

(CNN) -- A man was arrested for allegedly creating multiple disturbances and exposing himself to a flight attendant and passengers during a Delta Air Lines flight.

On an eight-hour flight traveling from Dublin, Ireland to New York City on January 7, Shane McInerney, 29, allegedly refused to wear a face mask despite being asked several times to do so by the flight crew, according to an affidavit and complaint unsealed Friday.

The Galway, Ireland, native allegedly threw an empty beverage can, hitting another passenger in the head, according to the complaint. Court documents also said McInerney had an exchange with the flight captain, who was on a break, and twice placed his own cap on the captain's head. The affidavit says McInerney held his fist near the captain's face and said, "Don't touch me."

At one point during the flight, McInerney allegedly pulled down his pants and underwear, exposing his buttocks to a flight attendant, according to the complaint.

McInerney also did not remain seated when the airplane was on its final approach to the John F. Kennedy International Airport in New York, the complaint read.

McInerney is facing a felony charge of intentionally assaulting and intimidating a member of a flight crew, according to John Marzulli, spokesman for the District Attorney's Office for the Eastern District of New York. If convicted, he could face up to 20 years in prison, Marzulli said.

McInerney was released on a $20,000 bond and remains in the US as a condition of his bond, according to Marzulli.

No date has been set for McInerney's arraignment, but he had his initial appearance in Brooklyn Federal Court on January 14, Marzulli said.