A man thought someone left a box of puppies on his lawn. Nope, they were bear cubs 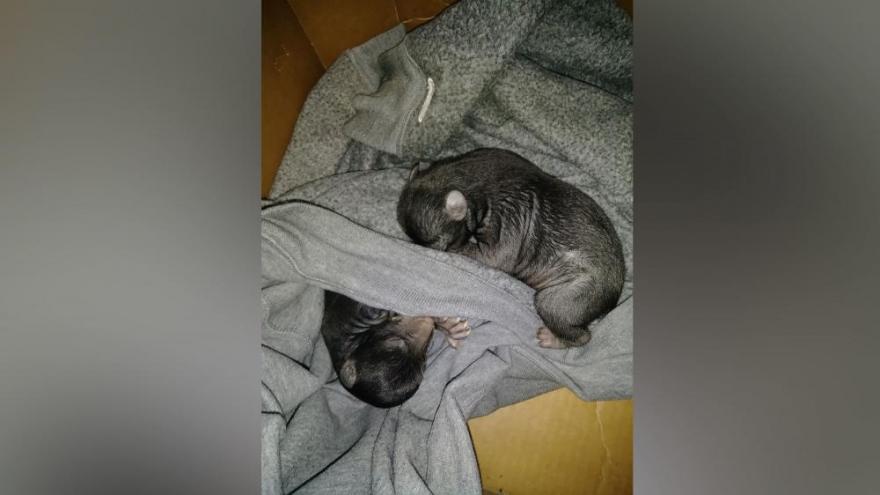 The bear cubs were found on January 28.

(CNN) -- A man came home to see a box of puppies that someone had left on his lawn. He called police to report the cute surprise. But when deputies took a look inside, they realized the "puppies" weren't dogs after all.

They were bear cubs.

"It's not uncommon to find black bears in the county," Camden County Sheriff Kevin Jones told CNN. "But to find bear cups in a cardboard box in your property, wrapped up in sweatshirts to keep them warm, yea, that's pretty strange."

The North Carolina sheriff's office explained that they had responded to a man's call last month, who told them that someone left the puppies outside his house. The man explained he was gone for just a short amount time and the animals were there when he returned, the sheriff's office said.

Sheriff Jones said the person who dropped off the cubs probably stumbled across them, put them in a box and simply left them at the man's house when they realized they couldn't keep them.

The cubs were taken by the North Carolina Wildlife Resource Commission, and will be released back into the wild when they are older.

The wildlife commission will investigate where the cubs originated.

As for the man who found them, well, he's lucky.

"Bears are very protective of their cubs. If she had tracked those cubs by their scent to his residence, and he was out there, it could have ended up differently," Sheriff Jones said.