A man strangled a Chicago student after she wouldn't talk to him, prosecutors say 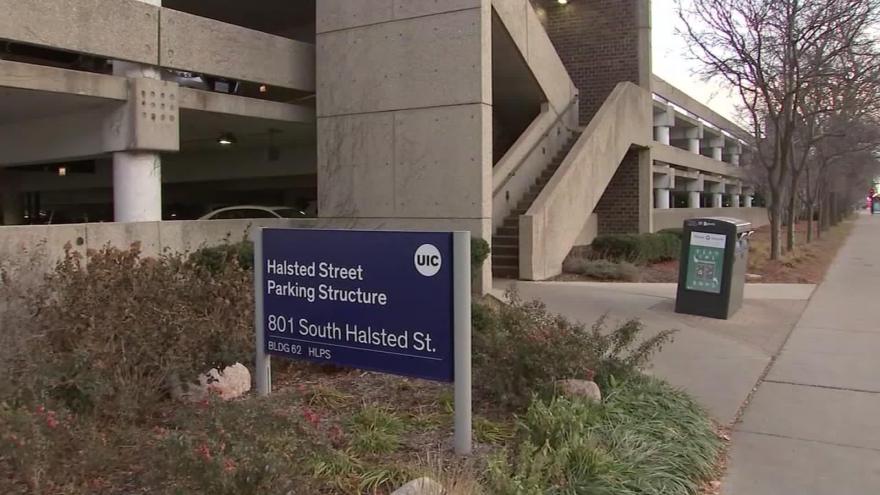 **Embargo: Chicago, IL** A senior said the parking deck is popular during finals week because it's close to the library.

(CNN) -- A man accused of killing a student at the University of Illinois at Chicago strangled her because he was angry she wouldn't talk to him, prosecutors say.

Ruth George, 19, was found dead over the weekend in her family's car in a parking garage on campus.

Her family reported her missing to campus police Saturday and her phone was tracked to the parking garage near the school's library, UIC Police Chief Kevin Booker said. When police arrived, they found her unresponsive in the back seat.

The suspect is a parolee

Thurman has no ties to the university, and it's unclear whether he has an attorney.

"The defendant was angry that he was being ignored," Cook County assistant state's attorney James Murphy said, according to CNN affiliate WLS.

George was walking past a subway stop when Thurman noticed her, according to court documents. He thought she was pretty and tried talking to her, but she ignored him. Thurman followed George to her car and tried to talk to her again, the documents said. She again ignored him, which made Thurman angry.

"The defendant came up behind the victim, grabbed her around the neck from behind, and put her into a choke hold," Murphy said.

"With his arms still wrapped around the victim's neck, the defendant dragged the victim from the ground and he opened her back seat car door."

Thurman was released from prison in December after serving time for armed robbery, campus police said. He was sentenced to six years, but only served two and was on parole.

George's friends called her "Ruthie." She was an honors student, and wanted to become a physical therapist to heal people, UIC Chancellor Michael Amiridis said.

When George's family reported her missing, the sophomore had not been heard from since the night before, Booker said.

During the investigation, campus police retrieved video footage from university cameras and saw a man walking behind her at 1:34 a.m. on Saturday.

A minute later, she entered the garage on foot, followed by the man, police said. About half an hour later, the man left. Police reviewed video footage from the Chicago Transit Authority and the Chicago police cameras to determine his travel patterns, authorities said.

Detectives watching the train station saw a person matching the description of the attacker Sunday.

"The offender was taken into custody and subsequently gave a full confession to this horrific crime at approximately 3:20 p.m. on the same day, " campus police said.

A judge ordered the suspect held without bail.