A man killed in Austin mass shooting was visiting from Michigan and planned to marry his high school sweetheart, family says 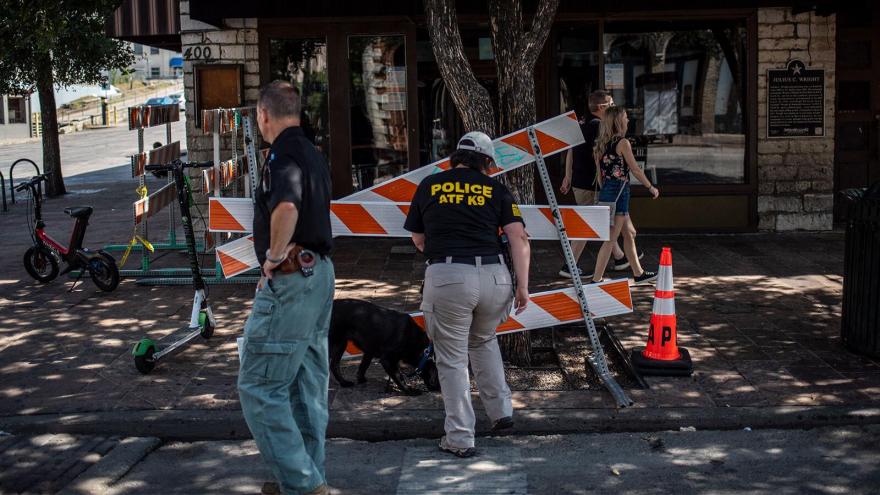 The man killed in shooting, on June 12 that left more than a dozen people injured in Austin, Texas, was visiting the city from Michigan, his family said.

(CNN) -- The man killed in a weekend shooting that left more than a dozen people injured in Austin, Texas, was visiting the city from Michigan, his family said.

Douglas J. Kantor, 25, was originally from Airmont, New York, and attended college at Michigan State and graduate school at the University of Michigan, the family statement said, according to CNN affiliate KEYE.

He started working at the Ford Motor Co., IT department after receiving his bachelor's degree and had advanced to product manager with the company, the statement said. He also developed a website for his brother and father's heating and air conditioning business.

"He motivated everyone he came in contact with, was a team player," the statement said.

Kantor was looking forward to marrying his high school sweetheart and starting a family, the statement said.

"He was loved by all who knew him and had an infectious smile that would light up any room," the statement said.

"The loss suffered by the Kantor family is unimaginable," Austin Mayor Steve Adler said in a Monday statement. "Doug Kantor leaves behind family, friends, and the future he was building. His senseless death has filled us with enormous grief, and even more resolve to stop this from happening here and across the country. Our hearts go out to all of Doug Kantor's loved ones."

Two arrests made in shooting

Police have said a total of 14 people were injured during the shooting that occurred early Saturday in the crowded 400 block of East Sixth Street in Austin's entertainment district.

One victim remains in serious condition and 13 are in stable condition, police said Thursday.

Two people have been arrested. Police said Monday that a 17-year-old male was taken into custody while in a summer school class in the city of Killeen.

CNN has reached out to the Austin Police Department to ask whether the suspects have attorneys.

Interim Police Chief Joseph Chacon said Saturday the shooting appeared to be an isolated incident between the two parties.

Almost all of those injured were innocent bystanders, police have said.

Oolice got their first 911 call shortly before 1:30 a.m. local time, followed by several more calls of gunshots, Chacon said. As shots were fired, officers on the block were able to immediately respond, he said.

"They were there within seconds," the chief said. "And quickly identified several shooting victims that were in distress. They began immediate life-saving measures."

Six people were taken to hospitals in police vehicles and three in personal vehicles, a police news release said.

Chacon said investigators were reviewing video footage from multiple sources, including the city's system of video surveillance cameras, to determine what happened.

"Officers have their body-worn cameras, we have the public safety, HALO camera system which we have had for a number of years, which did capture parts of this incident," Chacon said. "And of course the local businesses themselves have security footage that we are reviewing for evidence."

Adler commented on the shooting downtown in a series of tweets.

"APD and the City Council have initiated multiple violence prevention efforts in response but this crisis requires a broader, coordinated response from all levels of government.

"One thing is clear -- greater access to firearms does not equal greater public safety."

Dewitt Peart, president and CEO of the Downtown Austin Alliance, said in a statement, "We are saddened that Austin has joined the far too lengthy list of communities that have experienced mass shootings.

"This senseless violence must end. We will continue our work towards ensuring downtown is as safe, clean and welcoming for all, but today, we are thinking of those affected by this shooting. We need to come together, care for each other and be strong together for Austin."