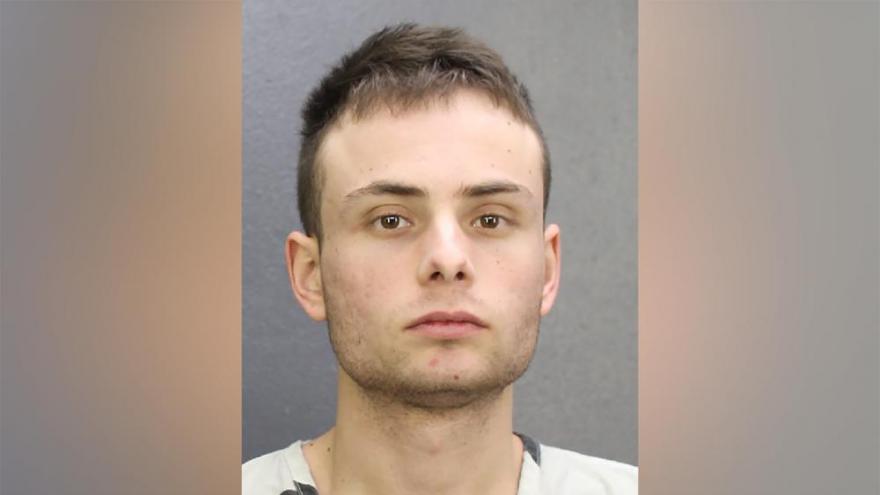 Brandon Fleury, 22, was sentenced to prison for cyberstalking and threatening families of Parkland shooting victims.

(CNN) -- A man who cyberstalked and sent threatening messages to families of Parkland shooting victims has been sentenced to more than five years behind bars.

Brandon Michael Fleury, 22, of Santa Ana, California, was sentenced Monday to 66 months in federal prison, the US attorney for the Southern District of Florida announced.

Fleury was convicted of cyberstalking and sending a kidnapping threat to relatives of those killed in the 2018 shooting at Marjory Stoneman Douglas High School in Parkland, Florida.

Fleury used 13 Instagram accounts to target victims' families between December 2018 and January 2019, according to a news release from the Department of Justice.

He taunted the recipients about the deaths of their loved ones under aliases including the Parkland shooter Nikolas Cruz and serial killer Ted Bundy, according to the news release. Prosecutors say many messages he sent were from accounts that used profile pictures of Cruz, and one had the username "the.douglas.shooter."

When law enforcement searched Fleury's devices, they also found thousands of saved photos of Ted Bundy, images of the victims he targeted and screenshots of messages he had sent them, according to the news release.

Seventeen students and faculty members were killed in the Parkland shooting when Cruz, then 19, walked into Marjory Stoneman Douglas High and opened fire. He confessed on video to the killings, but prosecutors have rejected the defense's offer of a guilty plea in exchange for a life sentence, paving the way for a lengthy trial.