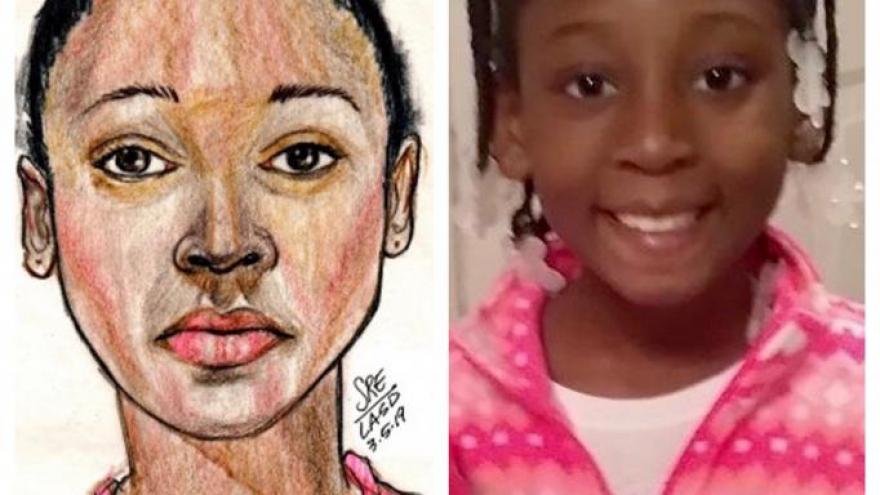 One week after a 9-year-old girl's body was found in a duffel bag, Los Angeles County officials have charged a man with murder.

(CNN) -- A week after a 9-year-old girl's body was found in a duffel bag east of Los Angeles, authorities have made an arrest, but a number of key questions remain unanswered.

Emiel Lamar Hunt, 39, was charged Tuesday in the death of Trinity Love Jones. The girl's body was found March 5 in light brush near an equestrian trail in Hacienda Heights.

Authorities believe Hunt killed Trinity on or around March 1, the Los Angeles County District Attorney's Office said. It's unclear when Trinity's body was abandoned and how much time had passed before someone found it.

Officials have also not released a possible motive or the girl's cause of death.

Hunt, who is reportedly the boyfriend of Trinity's mother, was arrested Saturday after police found him sleeping in his car in a parking lot near the San Diego airport, the Los Angeles County Sheriff's Department said.

Authorities had been looking for him in connection to Trinity's death.

Hunt's bail was set at $2 million, and his arraignment was continued to April 16. A public defender will be assigned to represent him.

If convicted of murder, Hunt could face up to life in prison.

Authorities have arrested a second person, but information about that "person of interest is being withheld pending further investigation," the sheriff's department said.

'You killed my daughter!,' father says

As Hunt appeared in court to face the murder charge on Tuesday, Trinity's father, Antonio Jones, stood up and shouted at him.

"You killed my daughter!' Jones screamed. Throughout the hearing, the father cried and clenched his fists.

Trinity's grandmother, Barbara Jones, told reporters that she felt enraged after learning that Hunt had been charged.

"I felt like a monster, like I wanted to do to him what he did to her, or what is alleged he did to her," she told reporters outside the courthouse.

After the hearing, Antonio Jones said he wanted to grieve and focus on how loved his daughter was.

Earlier this week, family members and friends visited Trinity's large memorial near the Hacienda Heights trail for the first time. Authorities had only confirmed her identity late Sunday.

Dozens of heart and star-shaped balloons, flowers, dolls and plush toys of all sizes have been left near the trail since last week.

"Rest in heaven, princess," reads a message for Trinity.

She was found inside a duffel bag

A group of workers had been cleaning brush off a horse trail in the suburban community east of Los Angeles when they discovered the black duffel bag with Trinity's body partially inside.

The girl's body was found with her head and upper body protruding from the partly zipped bag.

Detectives initially had no idea of her name or age, and made a desperate plea to the public to help them identify her.

A day after the gruesome discovery, the Los Angeles County Sheriff's Department released a sketch that showed a young girl wearing a pink shirt that read "Future Princess Hero" and pants with a panda print.

"At this point, we don't have any leads. We don't have any idea of who this child is,'' Lt. Scott Hoglund told reporters last week, calling it a "horrible, tragic case."