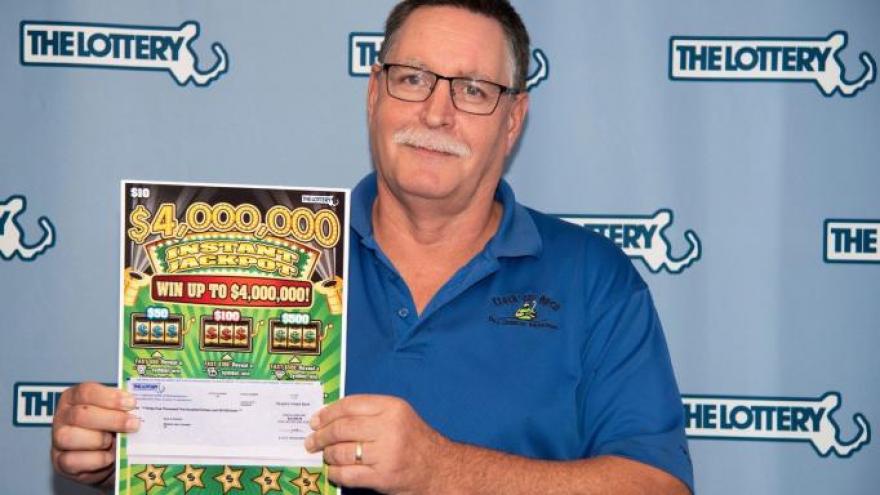 (CNN) -- For many, winning a big lottery jackpot is a once-in-a-lifetime experience.

But it looks like lightning has struck twice for Rolf Rhodes.

The Massachusetts State Lottery said on Wednesday that he just won a million bucks in its "$4,000,000 Instant Jackpot" game.

To grab what would become the second golden ticket of his life, Rhodes walked into the Imperial Gas and Country Store in Mendon, a town about 40 miles southwest of Boston.

When he made his latest life-changing purchase, he managed to beat odds of 1 in 1.68 million, according to the lottery.

This time, he's chosen to receive his $1 million payout in 20 annual installments, valued at $50,000 apiece before taxes, the lottery says.

Rhodes' million is just a quarter of the total in the state's "$4,000,000 Instant Jackpot" game. There are three remaining $1 million jackpot prizes still up for grabs, the lottery says.

And while lightning doesn't usually strike twice in the same place, it appears to have been close.

Correction: An earlier headline on this article listed the incorrect state.