A man found a purse with $10,000 cash on a train platform. Then he did what he says anyone would have done 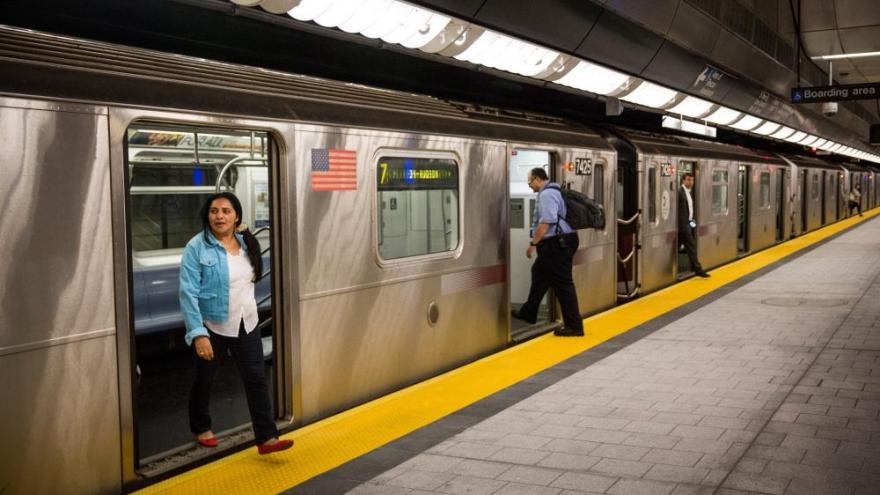 A New York subway rider might have earned himself a spot for life on Santa's "nice" list after he turned in a purse with $10,000 cash he found on a train platform.

(CNN) -- A New York subway rider might have earned himself a spot for life on Santa's "nice" list after he turned in a purse with $10,000 cash he found on a train platform.

"I picked it up just to see if there was, maybe, some kind of information, identification, inside that I might be able to get in touch with the person," he said.

Taverna found a note written in Russian. He couldn't read it -- and couldn't find a subway agent -- so he took the bag home and later found something else inside.

"I opened the envelope, and there was a big stack of money," he said.

One hundred $100 bills filled the packet. Taverna laid them out on a table and snapped a photo.

"Somebody lost $10,000," he recognized, "so obviously they're probably going through a lot of duress."

That's when Taverna did "something most people would have done."

"Well, it's not mine," he told WABC, explaining that he took the bag and its contents to the New York Police Department's 20th Precinct.

It was the same place a Manhattan woman went to file a report about the blue bag she'd lost as she headed off on a vacation to Russia, police confirmed to the station.

"I don't really think I did anything that extraordinary," Taverna said. "You feel good when you do the right thing."