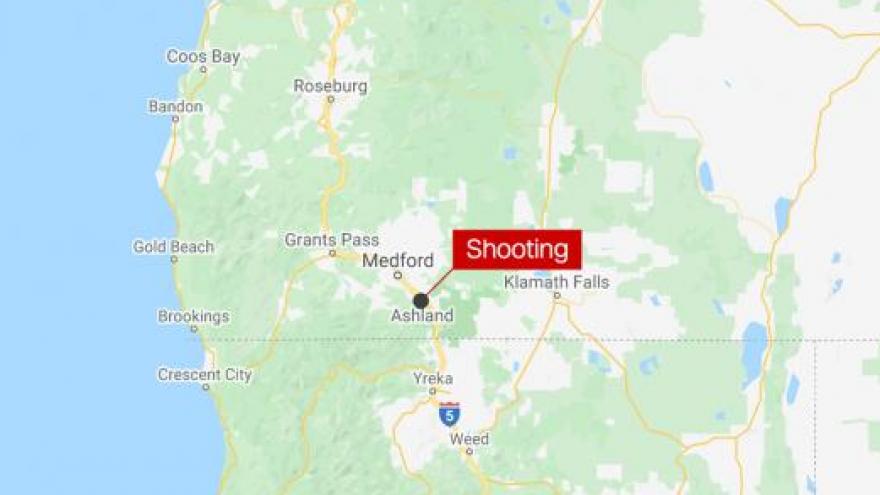 (CNN) -- A man in Oregon fatally shot a teenager Thanksgiving week after getting upset that the 19-year-old was playing music loudly in the parking lot of an inn that the two were staying at, police said.

Robert Paul Keegan, 47, shot Aidan Ellison on Monday at the Stratford Inn in Ashland after the pair got into an argument over Ellison playing loud music, Ashland Police Chief Tighe O'Meara told CNN.

Around 4:20 a.m. during their argument, Keegan pulled a gun from his coat and fired a single shot, striking Ellison in the chest, police said. He was pronounced dead at the scene.

"The blame for the incident is entirely on Robert Keegan, he is 100% responsible for it," O'Meara said. "He's the one who chose to bring a gun into the situation."

Keegan was arraigned on November 24 and indicted for charges including second degree murder, first degree manslaughter, unlawful possession of a firearm, and recklessly endangering another person.

He pleaded not guilty to all four charges on Friday. He is currently being held in the Jackson County Jail without bail and is set to appear in court on February 21, 2021.

Keegan's lawyer did not respond to CNN's request for comment.

Keegan was staying at the inn because he was among those displaced by the Almeda Drive wildfire, which killed two people and tore through hundreds of homes, according to O'Meara.

His 3-year-old son was in their hotel room at the time of the shooting and was handed over to his grandparents when his father was arrested, O'Meara said.

The killing of Ellison, a Black man, resulted in collective mourning from his community alongside calls against racism, which O'Meara said was "valid."

"I understand that there are legitimate tensions surrounding matters of violence against people of color in the US, and this situation speaks directly to that," O'Meara said.

"I want to do whatever I can with the police department to navigate our marginalized community member relationships and find a way through this."