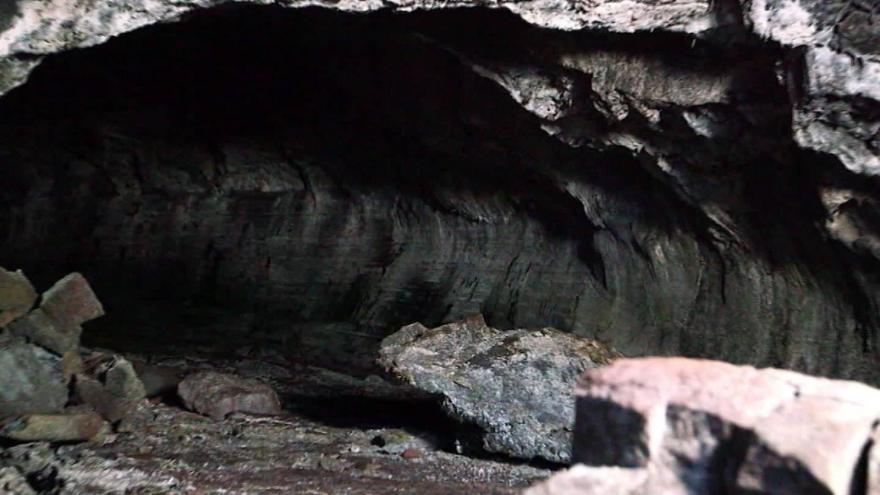 According to the US Geological Survey, lava tubes are natural channels through which lava travels beneath the surface. An elderly man died after falling into a lava tube (similar to the one pictured) on his property in Hilo, Hawaii..

(CNN) -- An elderly man died after falling into a lava tube on his property in Hilo, Hawaii, police announced on Wednesday.

The man was reported missing after he wasn't heard from or seen in several days, according to Hawaii Island police. When they went to his home in Kaumana on Monday they discovered the man had plummeted 22 feet below the surface through a soft area of ground on his property into a lava tube, according to a press release.

According to the US Geological Survey, lava tubes are natural channels through which lava travels beneath the surface. Tubes form by crusting over of lava channels and pahoehoe flows. Kaumana Caves Park near Hilo is a destination for hikers that can explore the lava tubes created by an 1881 flow from Mauna Loa.

Police Maj. Robert Wagner told Big Island Now that it appeared the man had been trimming branches when he fell through the soft ground.

Rescue teams were able to rappel into the lava tube and bring the man back up. He was transported to Hilo Medical Center, where he was pronounced dead, the press release said.

Police have not released the man's name, as his family has not been notified. An autopsy Tuesday determined he died as a result of injuries consistent with falling, police said, and no foul play is suspected.