A man accused of strangling a Vancouver, Washington, transgender teen to death has been charged with a hate crime 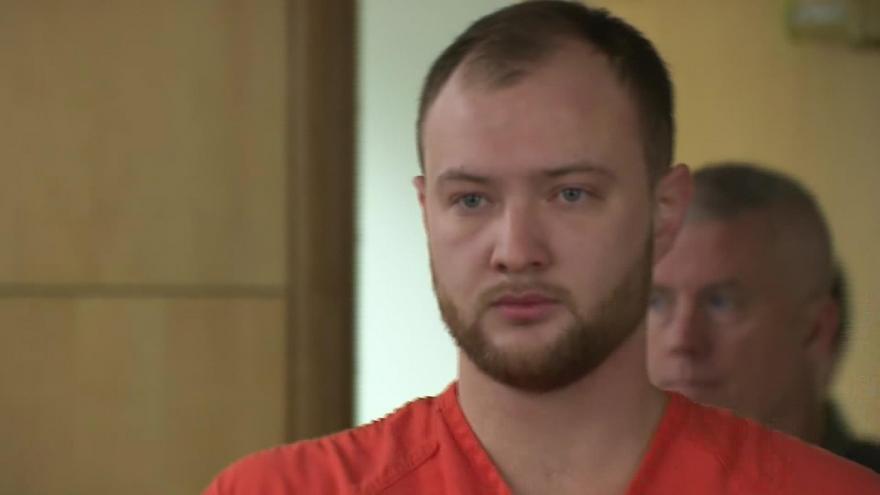 David Bogdanov was arrested last month in connection with the death of missing 17-year-old Nikki Kuhnhausen.

(CNN) -- A man accused of killing a teenager in Vancouver, Washington, after he learned she was transgender has been charged with a hate crime, CNN affiliate KPTV reported.

David Bogdanov, 25, was arrested last month in connection with the death of missing 17-year-old Nikki Kuhnhausen. He was already facing a second-degree murder charge when prosecutors filed a count of malicious harassment against him Thursday.

Bogdanov pleaded not guilty at his arraignment Thursday.

Kuhnhausen's family reported her missing in June 2019 and her remains were found last month. Investigators said a person walking in the heavily wooded area of Larch Mountain near Vancouver found a skull, and searches by the Clark County Sheriff's Office and Clark County Search and Rescue yielded more human remains.

Social media and phone records led authorities to Bogdanov. Investigators discovered the two were messaging each other on Snapchat and met on the day of her disappearance.

"David and Nikki went to a residence in the county and at that time (Nikki) confirmed to him that she was biologically male. David gave a statement saying that made him really, really uncomfortable and disturbed him, and he asked Nikki to get out of his van and she walked away," Ryan said.

Bogdanov was held without a bail since his arrest. During a bail review hearing on Thursday, a judge set his bail at $750,000, KPTV reported.

Following Thursday's hearing, Kuhnhausen's mother said she was disappointed with the judge's decision.

"I feel like the justice system just failed my baby one more time -- it's like her being murdered all over again," Kuhnhausen's mother, Lisa Woods, told the TV station.