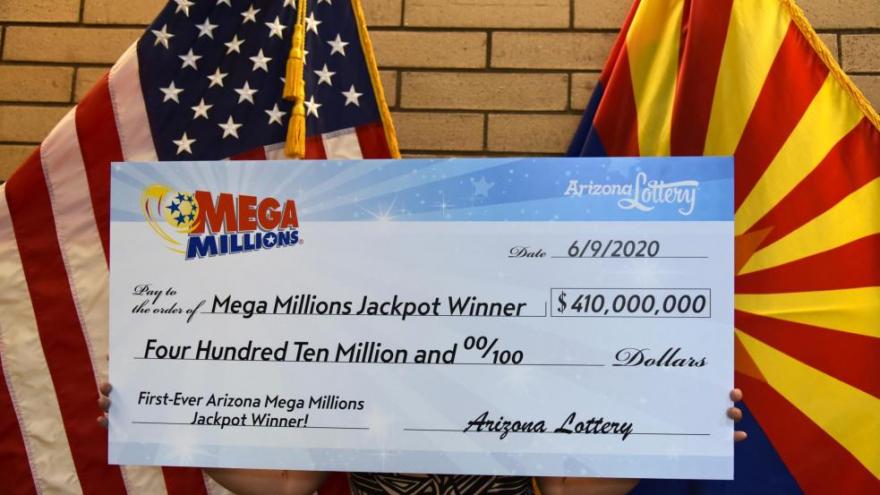 (CNN) -- The winners of a $410 million Mega Millions jackpot said they've been playing the lottery for 38 years and were feeling extra lucky when they bought the ticket.

A Glendale, Arizona, husband and wife claimed their prize on Thursday, but according to lottery officials, they have decided to remain anonymous, which is allowed under state law.

The couple, a 70-year-old man and 63-year-old woman, picked their numbers based on family birthdays, according to a news release from the Arizona Lottery.

They bought the ticket for the June 9 drawing last month.

"My birthday is next month, and my left hand had been itching for two weeks, which meant money was coming my way," she said in the statement. "I also found a shiny new heads-up penny just before I bought our tickets, so I just knew I'd be lucky."

The couple decided to take the cash option, which was worth just under $320 million. After taxes, they will take home an estimated $228 million. It's the largest single lottery payout in Arizona's history and the first time a winning Mega Millions ticket has been sold in the state.

They plan to pay off their mortgage, put aside money for their children and grandchildren and make some investments.

"I feel lighter now and it's incredible to know that there will never be another bill that I can't pay," the winning husband said.