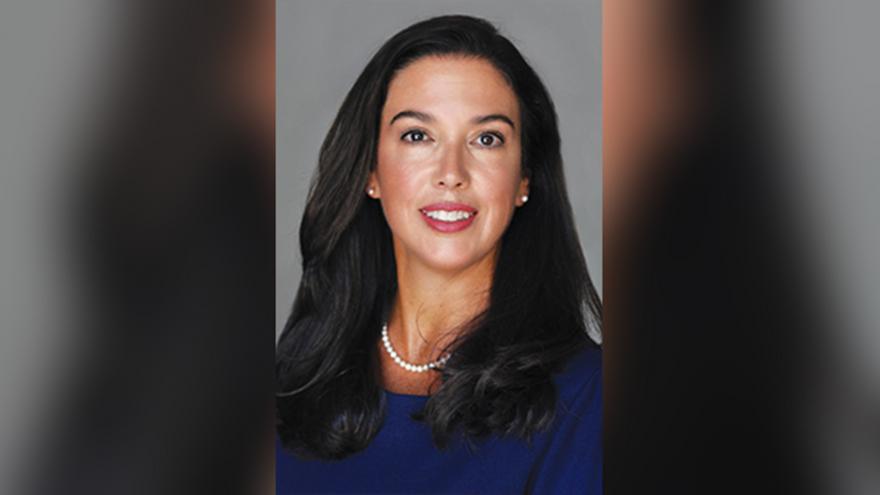 Judge Michelle M. Odinetin Lafayette, Louisiana, is taking a leave of absence and facing calls for her resignation after a video with racist language recorded at her home surfaced.

(CNN) -- A judge in Lafayette, Louisiana, is taking a leave of absence and facing calls for her resignation after a video with racist language recorded at her home surfaced.

A lawyer for City Court Judge Michelle M. Odinet told the Acadiana Advocate she feels "humiliated, embarrassed, and sorry for what she has done and the harm she has caused to the community," and is taking unpaid leave.

"What happens in the long term is something she is going to think about in the weeks to come," said the statement by Dane Ciolino, who confirmed the details to CNN.

The video, appearing to show surveillance footage of an outdoor altercation with a burglary suspect being played on a television while people, who are not visible, view and comment on the footage using racist language, was shared with local media in Lafayette and is now being shared widely across social media.

The Lafayette Police Department said that at approximately 2 a.m. Saturday, two vehicles were burglarized in the driveway of a home, which records show is owned by Odinet and her husband.

The suspect attempted to flee on foot but was caught by the victim, who police said was returning home when they saw the suspect getting out of one of the vehicles at the home. The victim held the suspect down until officers arrived, according to the statement from police.

In the video circulating online, a male voice can be heard saying, "And Mom's yelling n***er, n***er." Then after what appears to be some jovial banter, a female voice is heard saying, "We have a n ***er, It's a n***er, like a roach," while laughing.

The group continues talking back and forth, at one point laughing at someone in the surveillance video tripping and someone else losing their wallet.

Then a male voice is heard saying, "That's my phone where it fell out."

"The dude had a phone on him," a female voice chimes in. "You should have taken his phone and stolen from him, that f**king a**hole."

"Go and get the gun," says another voice. "It's important, very important," says a male voice as the video continues.

Several calls for her resignation

It is unknown who recorded the video from inside the home or how it became public.

Odinet had earlier sent a statement to CNN affiliate KATC, saying she had been "given a sedative" and had no "recollection of the video and the disturbing language used during it."

"My children and I were the victim of an armed burglary at our home. The police were called, and the assailant was arrested. The incident shook me to my core and my mental state was fragile. I was a wreck and am still unable to sleep. I was given a sedative at the time of the video. I have zero recollection of the video and the disturbing language used during it."

The judge added: "Anyone who knows me and my husband, knows this is contrary to the way we live our lives. I am deeply sorry and ask for your forgiveness and understanding as my family and I deal with the emotional aftermath of this armed burglary."

The condemnation was swift. Gov. John Bel Edwards called for her to resign.

"It would be my hope that this period of reflection that she's going through will lead her to that same conclusion," he said.

The head of the local branch of the NAACP said Odinet should step down.

"We call now for her immediate and uncompromising resignation, failing same, we demand swift and immediate act by the Judiciary Committee of the Louisiana Supreme Court, removing her from office," said Lafayette NAACP Chapter President Michael Toussaint.

The call was echoed by the Louisiana Legislative Black Caucus, which said the judge had shown "immense racial bias and insensitivity."

Odinet was temporarily disqualified Thursday after her lawyer filed a motion on her behalf, which was agreed to by the Judiciary Commission of Louisiana. The state Supreme Court ordered her disqualification and appointed retired Opelousas City Court Judge Vanessa Harris to fill her seat for now.

Ciolino added Odinet has "heard the calls from the Governor and the community and resignation is certainly at the top of her list of considerations."

The Mayor-President of Lafayette's Consolidated Government, Josh Guillory, said he was disgusted by the reports about Odinet. "This type of language is hurtful, divisive, and unacceptable," he said in a statement. "The fairness and objectivity of our courts are the foundation of our legal system. It is my hope that the judge will do what is best to help the community heal and move forward."

City Marshal Reggie Thomas told KATC the language in the video was hurtful to his core. "I am certain that most people of color share my pain when the n-word is used to describe us. With that being said, I'm sure that people of color will find it impossible to trust that they will be treated fairly and equally when they have to stand for judgment before Judge Odinet."

Thomas, who noted he was the first African American elected to a citywide position in Lafayette, said Odinet should be held accountable. "It is up to Judge Odinet to remember the oath she took," he said.