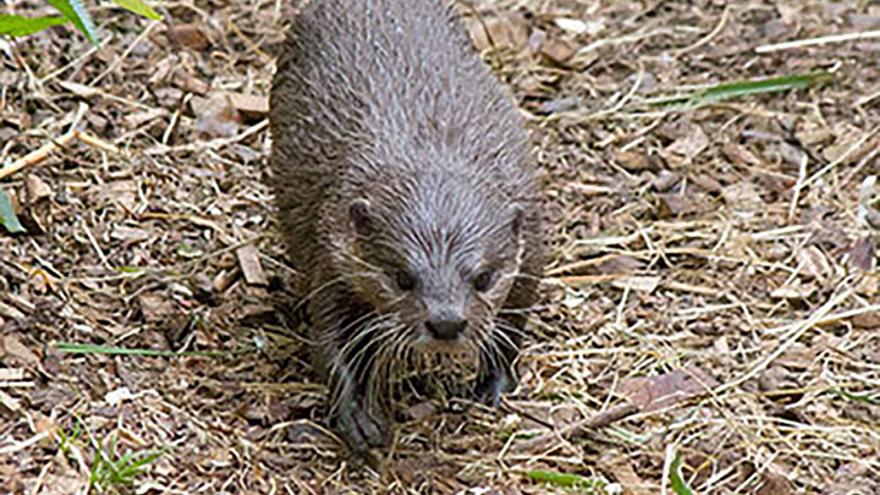 Harris was paired up with Apricot, who died at age 16.

(CNN) -- A seal sanctuary in England made a dating profile for a lonely otter who lost his mate -- and now he's found love again.

Harris, a 10-year-old Asian short-clawed otter at the Cornish Seal Sanctuary in Cornwall, England, lost his partner Apricot after she died at age 16, according to a press release from the sanctuary.

He was alone for the first time in four years and had appeared to go back to his bachelor ways.

The team created Harris an online dating profile for a fake dating site they dubbed "Fishing for Love," in hopes of finding another otter in need of love and affection.

"I am very attentive, I love a cuddle, and I am a very good listener," the profile said. "I will love you like no otter."

Harris came to the sanctuary in 2016 after being rejected from his family at the Welsh Mountain Zoo.

Tamara Cooper, curator at the Cornish Seal Sanctuary, said there was something about Harris that checked all the boxes for Apricot.

"He was a doting partner to Apricot, so when she passed away a few weeks back he was absolutely lost," Cooper said.

Because otters naturally live in pairs and Harris was such a good partner, the team thought he deserved a second chance at love.

Luckily, there was an otter named Pumpkin at Sea Life Scarborough sanctuary, who had recently lost her own elderly partner named Eric.

"Pumpkin has been extremely lonely so we are delighted that Harris will be coming to join her," said Todd German, the Sea Life Scarborough display curator. "[We] hope his arrival will provide Pumpkin with comfort and companionship."

While the introduction of otters can be a bit nerve-wracking and difficult, the two teams decided to introduce Harris into Pumpkin's habitat so that the male more easily submits to the female.

"We will be very sad to see Harris go as he is such a character," Cooper said. "But we will be keeping in touch regularly to see how him and Pumpkin get on."