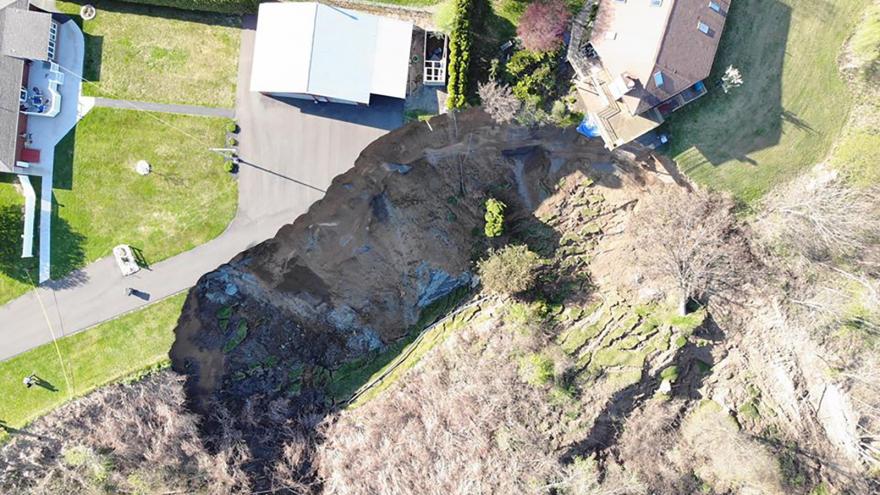 (CNN) -- A landslide left a dozen people displaced after their homes came dangerously close to being destroyed.

Pictures of the scene on Sunday in Waterford, New York, show one home dangling off the edge of a cliff and other homes mere feet away. Initially, seven homes were evacuated, according to Waterford Fire Chief Donald Baldwin. But after engineers inspected the area, that number was reduced to three.

No one was injured and no structures were destroyed. 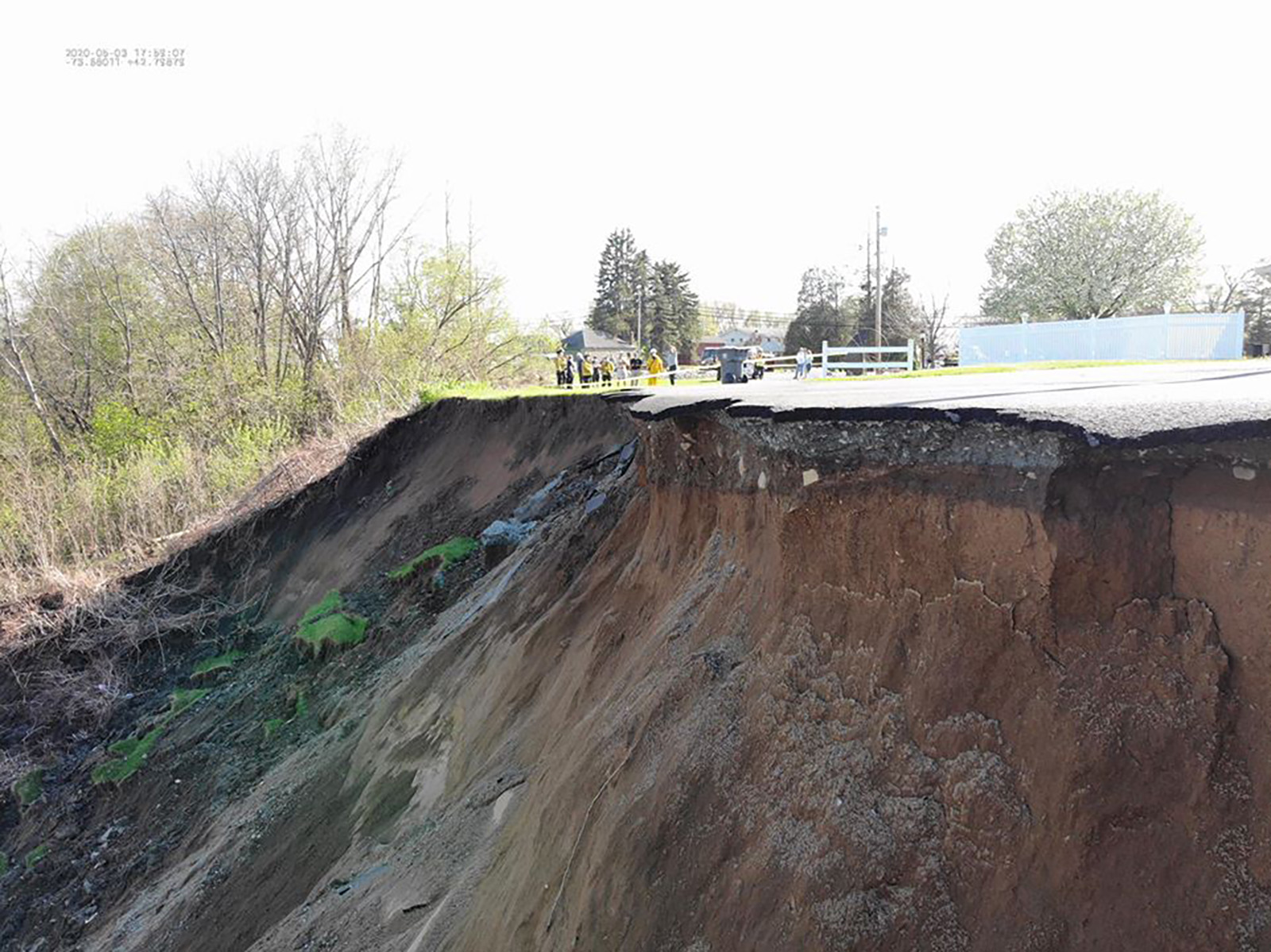 "The area of the landslide was about 150-200 feet," Baldwin told CNN. "It had the potential for significant injuries, but there are none."

The 12 people who had to evacuate their homes were taken to a temporary shelter, but they have all since found other places to stay for the time being, Baldwin said.

The Saratoga County Sheriff's Office said a drone was also deployed to evaluate the damage. 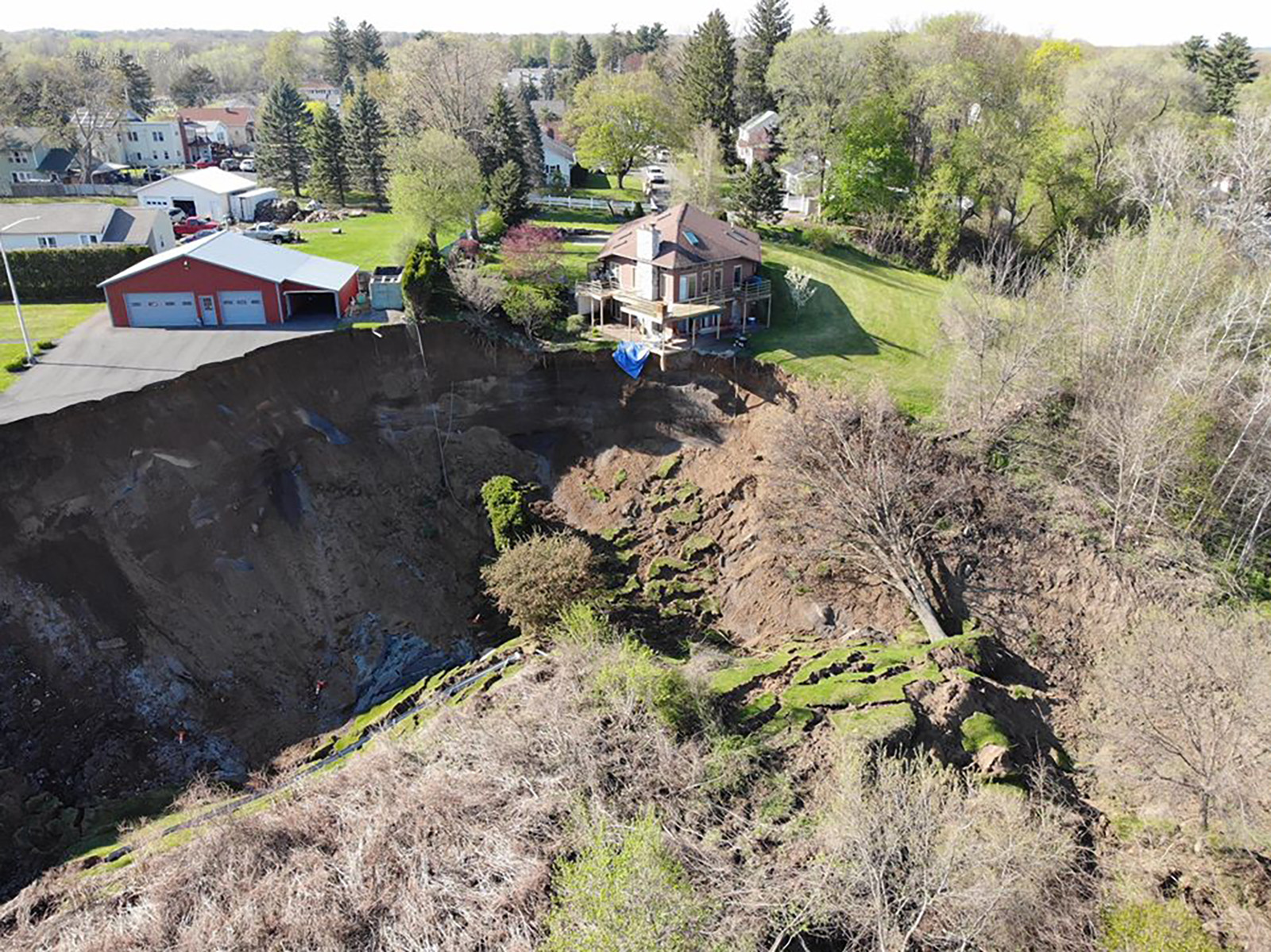 "The use of a drone for this purpose allowed all responders to maintain a safe distance from the collapse and examine the area above and below the slide without anyone having to physically enter the slide," the sheriff's office said in a Facebook post.

The cause for the landslide is unknown, Baldwin said, but he noted that the area used to be a gravel pit.