A Kansas grandfather got Covid-19 in July. He's still in the hospital 7 months later 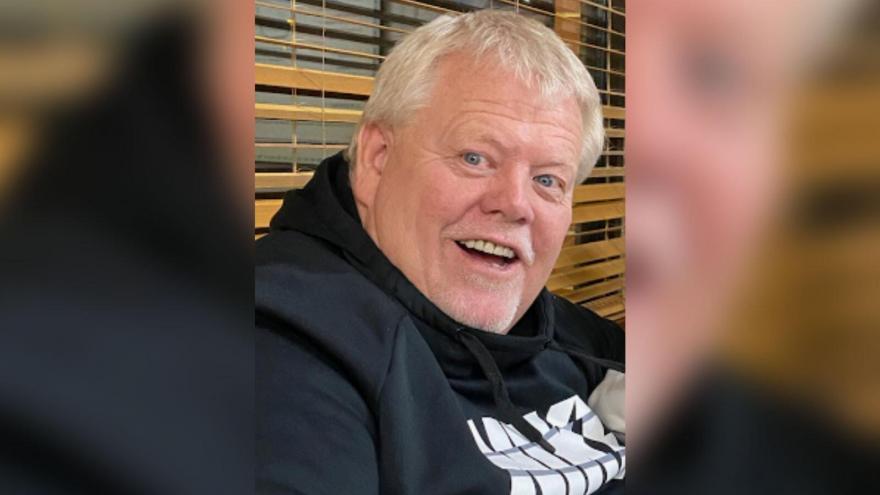 Roger Collins before he got Covid-19.

(CNN) -- On the morning of July 13, Roger Collins got a positive Covid-19 diagnosis. Within 12 hours he told his wife of 32 years, Billie, that he couldn't breathe and was rushed to the hospital. He hasn't been home since.

Doctors first said Roger would need to be taken to a nearby hospital by ambulance, Billie Collins said. Minutes later, they said Roger's condition was so severe he needed to be life-flighted to a hospital in Olathe, Kansas, 85 miles from their home, Collins told CNN.

Since July, Roger had a stroke, was moved to another hospital in Kansas City, underwent a tracheotomy and is now in renal failure. He wasn't a diabetic before Covid but now has become insulin dependent, his wife said.

She hopes an ear, nose and throat specialist can help the scar tissue that surrounds her husband's tracheotomy so that he can breathe without the help of a ventilator, and eventually come home.

After a year of the Covid-19 pandemic in the US, some patients have been identified as long haulers, suffering a list of ailments that last months after they initially tested positive.

Covid-19 can be a prolonged illness, according to a July report from the US Centers for Disease Control and Prevention, with 35% of patients surveyed by the agency saying they still hadn't fully recovered within three weeks of testing positive.

In November the CDC said it was "actively working to learn more about the whole range of short- and long-term health effects associated with COVID-19" and conducting multi-year studies to investigate long-term symptoms.

"While most persons with COVID-19 recover and return to normal health, some patients can have symptoms that can last for weeks or even months after recovery from acute illness," the CDC said.

When they knew it was serious

The Collins weren't very worried when they first heard Covid-19 was coming to the US. They were well-stocked with supplies and had a reliable income in the 55-year-old family business, a map company.

Then major sports tournaments were canceled.

"They stopped the Big 12, and they stopped the NCAA tournament," Billie Collins recalled. "I said, 'That's a lot of money out of lots of people's pockets.'"

"Roger and I said, 'This is serious, we have to start taking it seriously,'" Collins explained. "And we did. We didn't let our kids run around."

Collins said her husband, who is six years older than her, decided he would do the grocery shopping during the senior hours at Walmart to lessen exposure to the family. Her three adult kids also decided they wouldn't go out.

Last May, they scaled down the big wedding her son had planned. Instead, the family held a small masked wedding with immediate family in the backyard of their home in Iola, Kansas.

"They brought over six church pews of this old church and put it in our yard, and someone else brought over an arch and they decorated it with some Christmas lights that we had," Collins told CNN. "It was very simple, a few people."

Then another disappointment: The whole family planned to take a trip together after the wedding.

"We were all going on a cruise, like we had it all paid off and then it just got canceled," she said.

On Fourth of July the family traveled down to Texas to celebrate with their in-laws. They were wearing masks, Collins explained, but by the sixth of that month Roger and their youngest daughter felt ill.

They got tested for Covid-19 and the results came back positive on July 13. Roger was taken to the hospital by the end of the day.

Visiting through a window

Collins visited Roger in person until October when, because of Covid restrictions, she was no longer allowed inside Select Specialty Hospital in Kansas City. She sat outside in a two-person sports tent, looking at him through the hospital window.

"I would just sit out there from nine until when before it got dark," Collins said. At night she sleeps in the basement of her newly married son's residence to stay closer to the hospital.

The family brought window chalk to write messages to each other. They also learned a few sign language words so they could say "I love you" and "Thank you," Collins said.

Their 2-year-old granddaughter would sit on the ledge of the window and blow kisses to her grandfather through glass.

Collins had to deliver bad news to her husband through that same glass.

In January, the hospital began to let her into his room so she could spend time with him, but that changed last week.

Now she can see him, but they can't touch. She's only allowed to stand in his doorway -- and because of the tracheotomy, he can't really talk anyway.

Financially, Covid has been a body blow for the Collins family.

Roger had been the main salesman for the family business, a map company named Central Publishing Company. With him out of commission, they had to shut down.

"From July to October the girls tried very hard. They tried so hard," Collins said.

The family has stayed afloat "by the grace of God and people and our friends and our family," she said.

"People have gone and paid our utility bill, or we have an Amazon list and people send us or donate. It's so humbling because we've always been the givers," Collins said. "When you have to say, 'I can't afford to buy Tide Pods,' you become very humbled and very appreciative."

Still, she and other family members donate blood, knowing that's one way they can help.

"Every chance that I get, I go and give blood ... because Roger had to have convalescent plasma. He's had four transfusions since this started because he had a bleed in his stomach," Collins explained. "You just give back when people give to you."

During the week of Roger's 59th birthday on February 1, Billie donated blood.

She also made and donated about 4,000 masks with her daughters.

"Please, please mask up," Collins said. "If not for you, for somebody's family member that might have a lesser immune system."

Collins said the ordeal has taught her this lesson: "Believe in God, believe in yourself and believe in your family and friends because they are who are going to pick up when you fall down."

A GoFundMe page was created to help the Collins family.