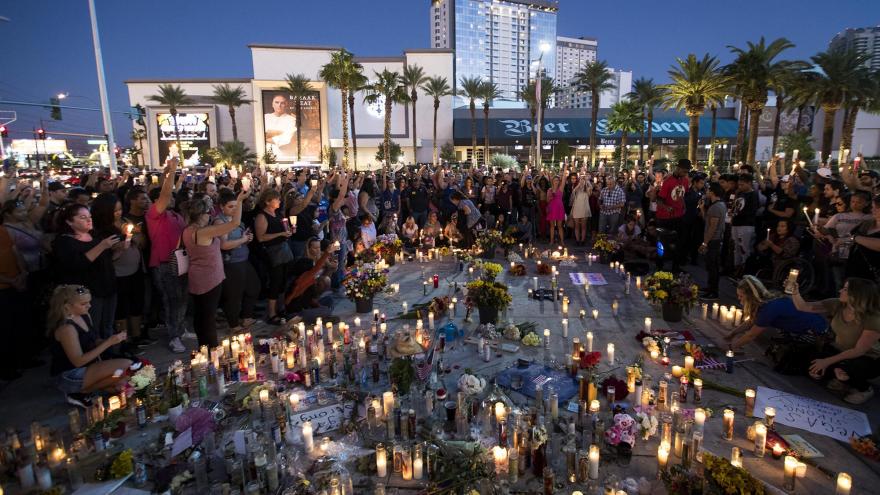 Mourners hold their candles in the air during a moment of silence during a vigil to mark one week since the mass shooting at the Route 91 Harvest country music festival.

(CNN) -- A judge approved a $800 million settlement on Wednesday for victims of the Las Vegas mass shooting, which is considered the deadliest mass shooting in modern US history.

After months of negotiations, all sides in a class action lawsuit against the owner of the Mandalay Bay Resort and Casino in Las Vegas agreed to the settlement, plaintiffs' attorney Robert Eglet told CNN by phone.

There is a 30 day period of appeal for the settlement, Eglet said.

"We are hopeful it will be completed in a manner that we will be able to disperse the victims' funds before the end of the year."

The settlement will be divided among more than 4,000 claimants in the class action suit. The exact amounts going to each victim will be determined independently by a pair of retired judges agreed to by both sides.

Eglet said only one of the potential claimants in the case decided to opt out of the lawsuit.

Stephen Paddock, a reclusive 64-year-old gambler, opened fire on a crowd gathered for a music festival on the Las Vegas Strip on October 1, 2017. Fifty-eight people were killed and nearly 700 were wounded in the attack.

Authorities said after the shooting, Paddock was found dead on the floor of his hotel room with what appeared to be a self-inflicted gunshot wound to the head.

The Mandalay Bay is owned by MGM Resorts International. In a filing with the Securities and Exchange Commission last month, MGM indicated that only $49 million of the settlement would come from the company's funds, with the remaining $751 million being covered by liability insurance.