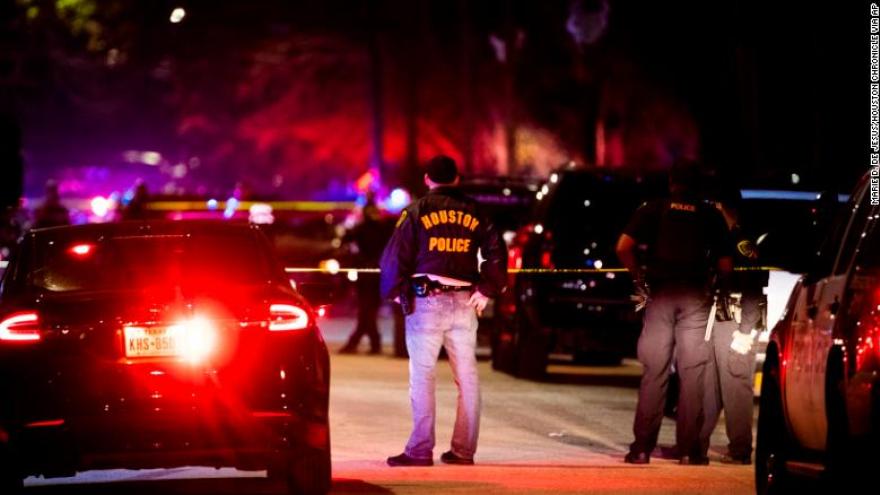 (CNN) -- A Houston police officer has died after being shot in the line of duty, police said.

Sgt. Chris Brewster, 32, was shot and killed while responding to a call with a team Saturday, Houston Police Chief Art Acevedo said.

Brewster graduated from the academy in November 2010 and was promoted to sergeant in February 2019, according to Acevedo.

Acevedo said he was on stage when Brewster was promoted. "I remember the joy, the conversations we had with him on the stage," Acevedo recalled as he choked back tears. "And now here just a year later he's gone because of a coward."

The suspect, identified as Arturo Solis, 25, was arrested nearby at a school and was armed with a semi-automatic pistol, according to Acevedo.

Solis has a criminal history which includes an assault causing bodily injury to a family member in August 2015, Acevedo said.

The entire incident was captured on body camera, Acevedo said, and an investigation is ongoing.

Brewster leaves behind his wife, parents and sisters, Acevedo said.