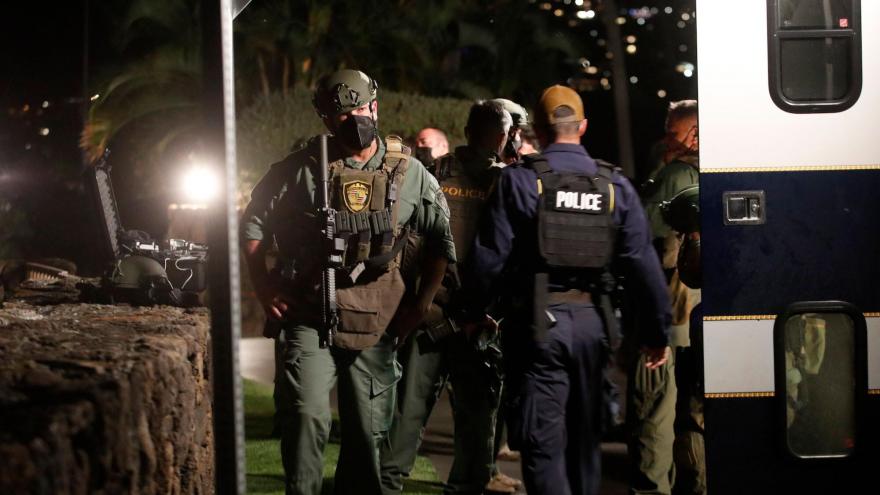 An armed man barricaded inside a room at The Kahala Hotel in Hawaii has forced an hourslong lockdown, Honolulu police said.

(CNN) -- A standoff at a Hawaii hotel is over after an armed man barricaded inside killed himself following a 10-hour lockdown, Honolulu police said.

Honolulu police said SWAT teams entered the room at the Kahala Hotel and Resort where the man was holed up at 3:30 a.m. (9:30 a.m. ET) Sunday and found him dead with self-inflicted wounds, according to CNN affiliate KITV.

No other injuries were reported, KITV said.

About five shots were fired from inside a guest room on the 4th floor, Lynch told KITV. The gunman shot through the door of one of the rooms when hotel security responded.

The suspect might have family members staying at the resort, but he was alone in the room when police entered Sunday, Lynch said. The hotel and immediate area had been evacuated during the standoff, the Kahala Hotel and Resort said in a statement.

"We are deeply saddened by the tragedy that occurred last night on our property and we are focused on supporting our guests and employees at this time," the hotel said.

The hotel said staff are working with law enforcement as they conduct their investigation.