A high school basketball game in Dallas ended in a shooting 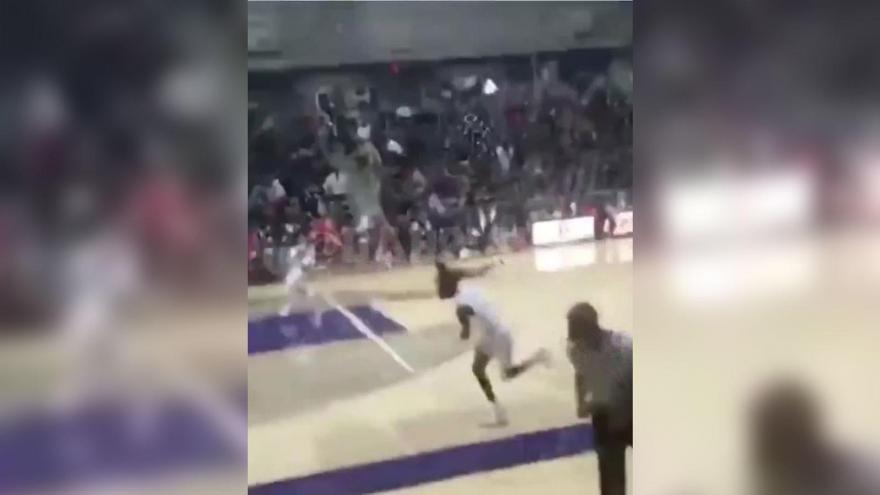 A 15-year-old male was charged with aggravated assault for a shooting at a basketball game in Dallas that left an 18-year-old male in critical condition.

(CNN) -- A high school basketball game ended in a shooting that left a teen in critical condition Saturday night in Dallas.

An 18-year-old male was shot during the game after a fight broke out inside the Davis Field House around 9:10 p.m., according to a press release from the Dallas Police Department. He was transported to a local hospital where he remained in critical condition Sunday night.

On Sunday, a 15-year-old male turned himself into the police and was charged with aggravated assault, according to police. Two other juveniles have been identified as persons of interest but will not be charged, the release said.

Both teachers and students were concerned with the violence that occurred at a school game.

"I was in shock that it got that far," Brown said. "I didn't think it would get that far at a game," the affiliate reported.

"It's extremely concerning because I taught a lot of the students who play basketball for South Oak Cliff," Shareefah Mason, a teacher with the Dallas Independent School District, told KTVT. "I have lost many students to prison as well as to death, and it is very alarming when you're pouring out all your passions in the classroom to teach the students only to see them not make it to 21 years old."

Dramatic video taken from inside the game shows people running off of the court and rushing out of the stands after gun shots are heard. Dallas Police spokesman Demarquis Black tells CNN that video is part of their investigation.