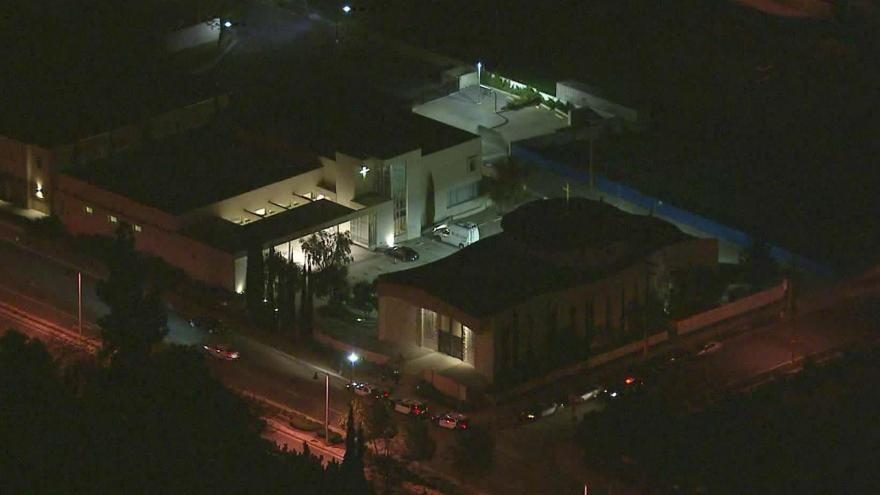 Los Angeles police are looking for the suspects who took off with a hearse that had a body inside.

(CNN) -- A hearse that was stolen with a body still inside was recovered by Los Angeles police Thursday morning after a highway pursuit.

One person is in custody and the body inside has been recovered, according to Sgt. Benjamin Grubb with the Los Angeles County Sheriff's Department.

The hearse, a 2017 Lincoln Navigator with two caskets inside, was stolen from the Pasadena area on Wednesday night, according to a tweet from the sheriff's department. One of the two caskets was being dropped off when the car -- which was running at the time -- was stolen.

Authorities, making an appeal to whomever stole the vehicle, said, "Out of all the bad decisions you have made, at least make one good one & bring back the deceased person & casket inside the Navigator."

That became a pursuit.

Grubb said at some point the hearse was involved in a collision on the 110 Freeway in South Los Angeles, and the driver was promptly taken into custody.

The deceased person was located inside the hearse and their remains "are undisturbed," according to Grubb. He said "it is unfortunate that the family is put through further trauma with this situation unfolding."

Traffic on the 110 Freeway was briefly stopped as law enforcement investigated and cleared the scene.