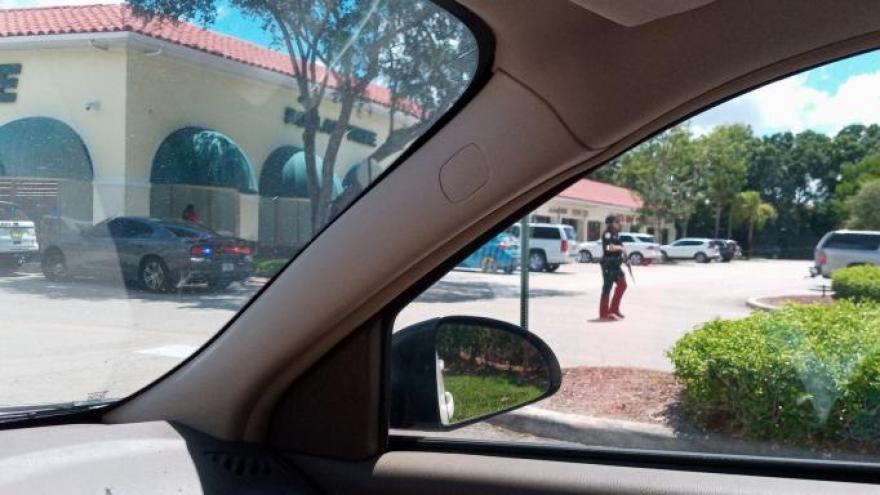 Two people were shot and killed inside a Publix in Royal Palm Beach, Florida, according to the Palm Beach County Sheriff's office. A photo of the scene near the Publix is caught on camera through a car window.

(CNN) -- A grandmother and her 1-year-old grandson were shot and killed Thursday at a Publix grocery store in Royal Palm Beach, Florida, according to the Palm Beach County Sheriff's Office.

The shooter is also dead. The motive in the shooting is also not known, and the sheriff's office said there is no known relationship between the gunman and the victims.

The victims' families have invoked Marsy's law, so they will not be identified, the sheriff's office said.

The gunman's name will be released once his next of kin is identified, the sheriff's office said.

Publix confirmed the shooting in a statement Thursday, saying, "Our thoughts are with those who are impacted by this tragedy."

The company said it was cooperating with law enforcement but declined to offer additional details, citing the active investigation.