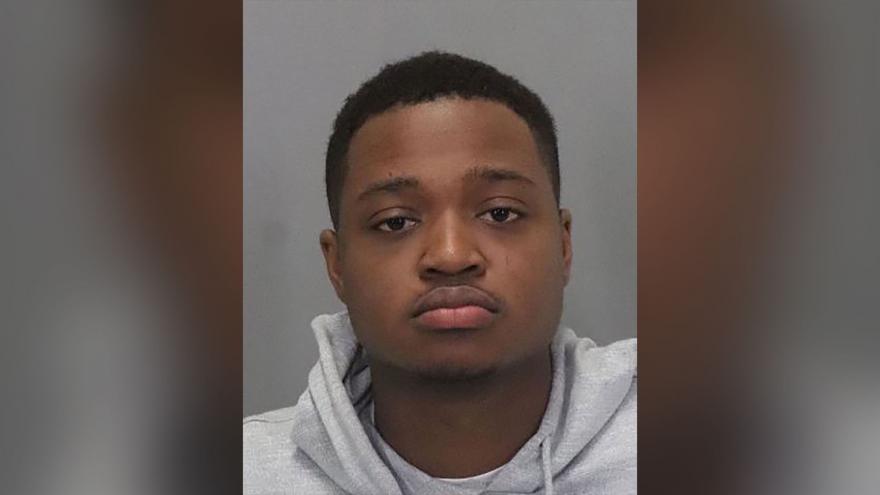 Demetri Hardnett, 22, was charged with domestic violence. He was booked in the Santa Clara County Jail.

(CNN) -- Several members attending a furry convention in California on Friday helped restrain a man who was assaulting his girlfriend until police arrested him, according to officials.

Six people witnessed the assault at the annual Further Confusion, or FurCon, in San Jose. Furries are enthusiasts who celebrate characters and stories involving anthropomorphic animals, or fictitious characters that have human traits.

They said the man was assaulting a woman in a car, the San Jose Police Department said in a police report.

Robbie Ryans, 26, was working as a DJ for the convention when he and a friend went outside for a smoke break. "Out of nowhere," Ryans said a blue car stopped in front of them.

"We heard a woman's screams coming from inside and saw the passenger throwing full fists at whoever was driving." Ryans told CNN. "We got up and ran towards the car, my friend pulled open the door and we both held onto the attacker. The girl driver was yelling for him to get out, as he started trying to fight us off."

Four other people who were attending the convention joined in and helped grab the man, drag him out of the car, and restrain him until police arrived.

Once he the felt the situation was under control, Ryans said he backed up and began filming the incident.

When police arrived, they alleged that the suspect, 22-year-old Demetri Hardnett, assaulted his girlfriend in their car, according to the police report. Hardnett was arrested and booked into Santa Clara County Jail for domestic violence.

CNN could not determine if Hardnett has a lawyer.

"It all happened so fast, I still can't believe it," Ryans said. "I'm so glad everything worked out in the end. It was a horrible sight to see. Afterward we were very shaken up but relieved."

For those wondering, the furry fandom is a community of enthusiasts who celebrate characters and stories involving anthropomorphic animals -- in other words -- fictitious animal characters that have human traits.