A gospel-singing family performed a virtual concert at a recording studio. Then, five of them got Covid-19 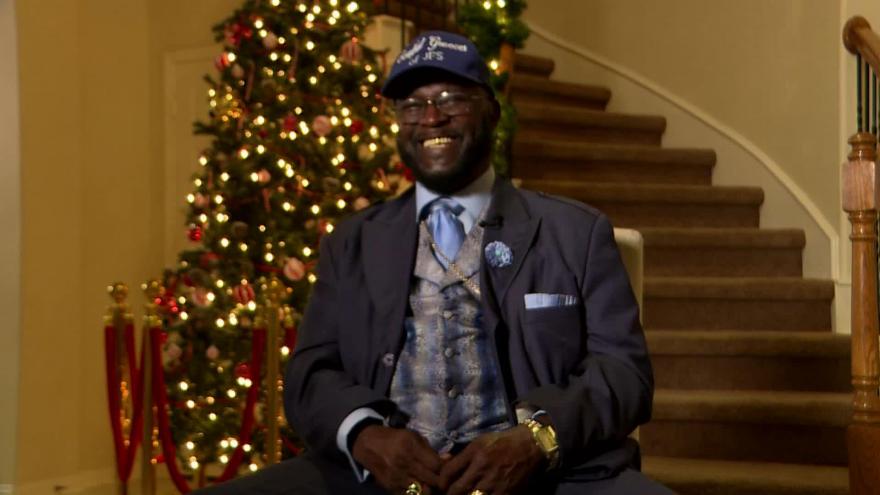 A gospel singing family performed a virtual concert at a recording studio. Then, five of them got Covid-19.

(CNN) -- Ernestine Ray was driving home from work on July 3 when her vision turned blurry. A few hours later, she was in a Houston hospital, where she was diagnosed with Covid-19 and failing kidneys. She started crying.

The next day, her father, Pastor Fred Jones, was struggling to breathe. He said everything he ate tasted like dry rocks. The pastor tested positive for the coronavirus, and was rushed to Houston Methodist Hospital, the same hospital as his daughter.

At around the same time, Velma Davis experienced similar symptoms, and ended up in the hospital -- alongside her sister and father -- with Covid-19.

Two other sisters in the Jones family also tested positive for the virus on July 5. Theresa Jones didn't need to go to the hospital, but Sabrina Freeman woke up struggling to breathe. She was taken in an ambulance to the same hospital as her family members.

"I said, 'Can you take me to the same hospital as my sisters and daddy?'" Freeman, 55, recalled telling the paramedics. "Can you put me on the same floor? Can I be in the same room? I didn't know what was going on."

That's how, in just one week, the coronavirus hit the Jones Family Singers, putting their musical career on pause.

More than 1.3 million coronavirus cases have been reported in Texas since the pandemic began, according to Johns Hopkins University data. Texas has the second highest number of reported coronavirus cases in the US, after California.

The gospel group from Texas said it believes the virus spread through their family just a week before they were all diagnosed, during a virtual concert they performed in a Houston recording studio.

'Time got away from me that fast'

Fred Jones, 71, and his three daughters, were scattered across three different floors of Houston Methodist Hospital -- but unable to see each other.

The Jones sisters said "I Can See the Sunshine Through the Rain," one of their family songs, kept playing in their minds during the uncertainty in the days after contracting the virus.

The song was penned by one of their brothers, Kenneth, who died this past summer of heart failure, not a Covid-19 related illness.

"That song really brought us to where we are now," said Sabrina Freeman.

Each daughter spent four days in the hospital -- but the virus continued to take a toll on their father, whom they consider their musical patriarch.

Fred Jones suffered a dangerously high fever that he said felt like it was "scorching" his brain. He said the sensation of struggling to breathe was "like a walk to death row."

He needed around the clock oxygen, and often felt delirious. He lashed out at friends who called to wish him well.

"Even though he was talking out of his head, there still wasn't a doubt to me that he wasn't going to make it," said Velma Davis, one of the pastor's daughters.

After two weeks in the hospital, Jones was told he was well enough to go home. He thought he had been in the hospital four days, but a nurse told him that is had actually been two weeks.

"Man, that broke my heart," Pastor Jones said. "Time got away from me that fast."

Five months after getting sick, Pastor Jones said he still suffers lingering effects of the virus. He has suffered hearing damage and has to wear a hearing aid. His lungs are scarred, and he still struggles to breathe at times.

He said walking up a flight of stairs is difficult, but he hopes to be strong enough soon to lead the Jones Family Singers back on stage.

Dreaming of performing together on stage again

Fred Jones dreamed of raising a family of gospel singing children. He instilled and demanded that his children dedicate themselves to the spiritual power of music.

"He was very strict but wanted us to flourish," said Theresa Jones, backup vocalist in the Jones Family Singers. "He wanted us to do our best."

That's where the family developed their high-energy, soul-raising musical style.

But it was a series of performances at the South by Southwest music festival in Austin, Texas, in 2012, that catapulted the family onto a larger stage.

Their later performances included a rollicking show at the famed Lincoln Center in New York City in 2014.

In the years just before the pandemic, The Jones Family Singers launched a worldwide tour to nine countries and hundreds of cities across the United States.

The group became so popular that their musical evolution is also being chronicled by filmmakers with an Austin, Texas-based production company called Arts + Labor.

But like many in the live music industry, the Jones Family Singers' touring schedule came to a halt in March. Now, the family sits and and waits for the pandemic to end after battling Covid-19 themselves.

The family craves the joy of performing together on stage. They said they hope to resume performing as soon as music festivals and live venues reopen to audiences.

"That's something we live for," said Velma Davis. "To be able to come together with our family and stand on the stage or wherever God has to be able to sing."