A Georgia woman was shocked to find at least 100,000 bees in her home -- for the second time 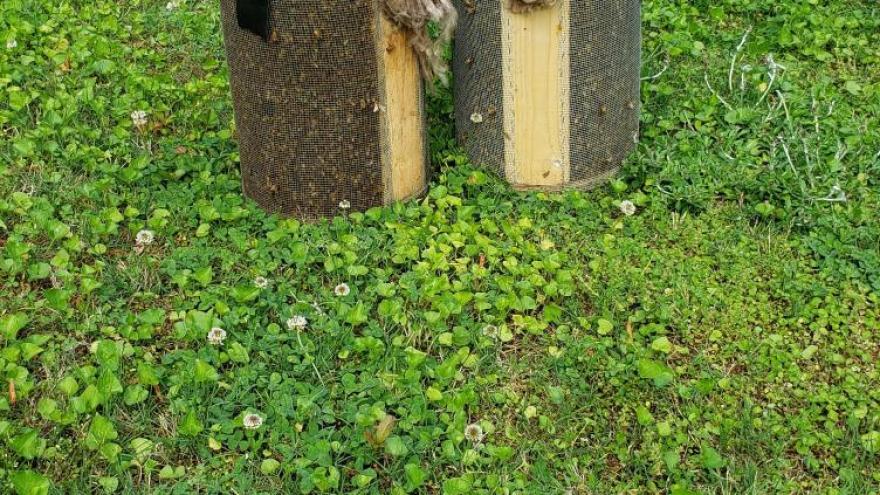 There were two containers full of the bees after Georgia Bee Removal took care of the insects.

Lisa Ohrmundt has been living in her home in Decatur for 14 years, and in that time she told CNN she has had to remove bees from her home four times.

Ohrmundt said she discovered the bees after noticing them flying around the outside of her house and disappearing.

"You see them going in and out and you think—that's odd!" she said. "This time a lot of bees kept getting in our house—any given day there would be 20 to 25 bees at the base of our sliding glass door."

Ohrmundt even said after the first huge swarm, a neighbor told her the previous owners also had to have bees removed.

"They just love that house. I don't know what it is, it's like they have a sign on the side of the house that says: 'Bees Welcome, Please Move In,'" he said.

"It's crazy the ones we have removed from there because generally an average colony of bees that have moved in and 'set up shop' so to speak, will be about 40,000 bees on average, and as you can see, the ones there are gigantic," Chaisson said.

"Word on the street is it's a great place to live!" Ohrmundt joked. "I had (Bobby) go down the wall with his heat sensor to see about any other potential homes--- hopefully not, but I wouldn't rule anything out."