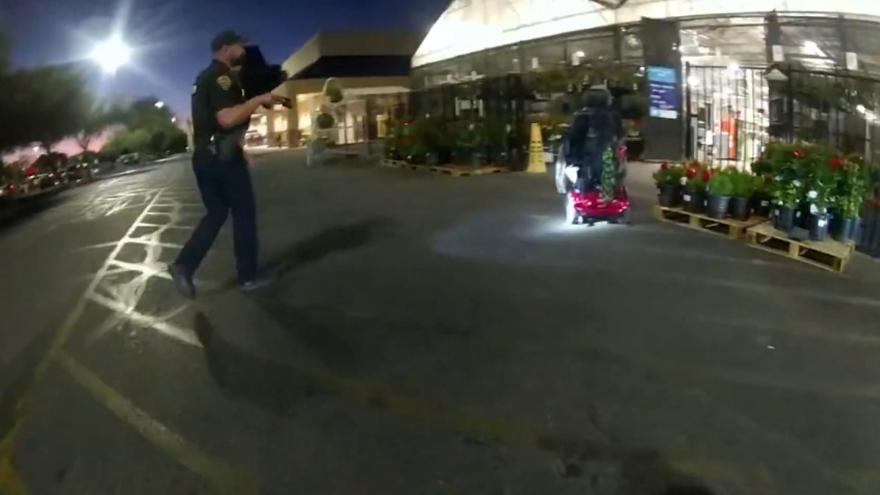 An Arizona grand jury indicted a former police officer on a manslaughter charge in the shooting death last year of a man who was in a motorized wheelchair, officials said on August 25.

(CNN) -- An Arizona grand jury indicted a former police officer on a manslaughter charge in the shooting death last year of a man who was in a motorized wheelchair, officials said Thursday.

Former police officer Ryan Remington, who was fired from the Tucson Police Department earlier this year, is scheduled to appear in court next week for an arraignment hearing, Pima County Attorney Laura Conover said Thursday.

He allegedly fatally shot Richard Lee Richards, 61, who was accused of shoplifting from a Walmart store on November 29, 2021.

The investigation into the shooting was guided by "a team of seasoned former prosecutors" outside of Pima County to help county prosecutors move forward with the process, Conover said during a news conference.

"Our criminal prosecutors conducted a preliminary review to determine what additional aspects of the incident required further investigation to do this case justice," Conover said. "By early summer, it became clear we would begin the work to convene a grand jury to seek criminal charges."

Remington's attorney, Mike Storie, told Arizona Public Media his client would enter a plea of not guilty. He also described the case as ridiculous and said Remington would be appealing his termination from the police department.

Victim was shot in the back and side

Remington was called to the Walmart location by an employee in November for a report of suspected shoplifting, then-Tucson Police Chief Chris Magnus said in a statement at the time.

Remington joined the Walmart employee in the parking lot and followed Richards while "attempting to gain his cooperation," Magnus said.

"According to the employee, he caught up with Mr. Richards outside as he fled the store and asked to see a receipt for the toolbox. Instead of providing the receipt, Mr. Richards brandished a knife and said, 'Here's your receipt.'"

Richards allegedly refused to comply with Remington's orders to surrender the knife and continued to roll through the shopping area parking lots.

"According to the Walmart employee, Mr. Richards said, 'If you want me to put down the knife, you're going to have to shoot me.'"

Later after Remington relayed the situation in radio communications, a second officer arrived on the scene.

The pair of officers was a short distance behind Richards when they warned him not to enter another store, Magnus said at the time.

Video released by the Tucson Police Department shows Richards beginning to enter Lowe's when Remington tells him, "Do not go into the store, sir."

Seconds later, the officer shoots Richards nine times in the back and side.