A Florida trooper stopped to help a motorist with a broken-down car. The man killed him 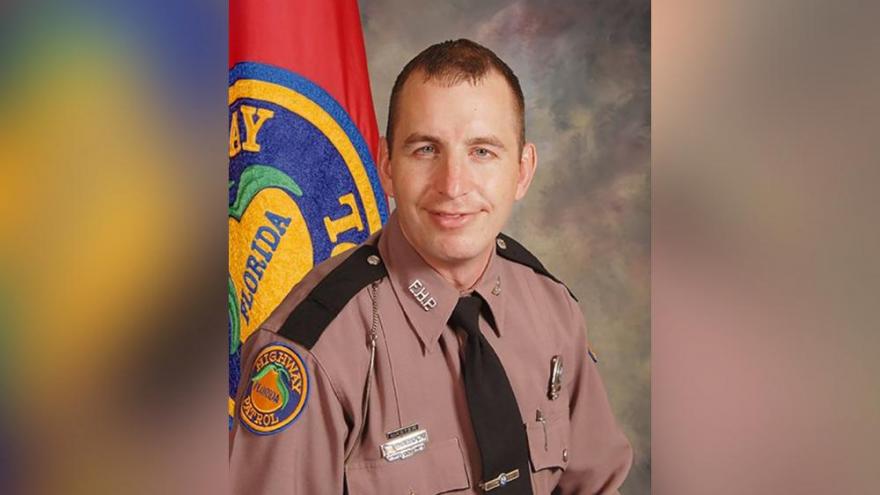 Trooper Joseph Bullock served 19 years with the Florida Highway Patrol and mentored other lawmen. The veteran trooper was fatally shot on Interstate 95 after pulling over to assist a disabled vehicle, police said.

(CNN) -- A veteran Florida trooper was fatally shot on Interstate 95 after pulling over to assist a disabled vehicle, police said.

A passing off-duty police officer from another jurisdiction witnessed the shooting and killed the suspect, said Col. Gene Spalding, director of the Florida Highway Patrol. The suspect was later identified as Franklin Reed III.

The highway was shut down for several hours Wednesday as investigators processed the scene, which unfolded in the shoulder of the northbound lane, about 6 miles west of Palm City.

Trooper Joseph Bullock, who spent 19 years with the highway patrol, saw what he thought was someone having car trouble about 10:15 a.m. He pulled over to help, and "the suspect who was with the disabled vehicle shot him, resulting in fatal injuries," Spalding told reporters.

"A Riviera Beach police officer who was passing by engaged the suspect, fatally shooting him," he said.

The Rivera Beach officer was not injured, he said.

"Our troopers, they worked with (Bullock) closely. They're distraught. They're very upset," Spalding said. "It's like losing a family member."

The highway patrol director could not divulge if the Reed was alone but said he did not anticipate hunting for any additional perpetrators. That could change, he said.

Aerial footage showed dozens of law enforcement and first responder vehicles parked in the highway and shoulder as investigators worked. A white sheet lay on the ground next to the open door of a trooper's car. About five or six car lengths in front of the cruiser, a body could be seen in the grass.

"I just saw the trooper and he was on the ground," he told the station. "I saw people in a chaotic state of mind. Everybody was on their cellphones. A lady was holding her head like, 'Oh, my God. I can't believe this.' ... I knew there was more to that call than the average broken-down car."

He turned around and upon approaching the scene Watson saw a policeman on the ground, he said. He grabbed the medical gear from his vehicle, but before he could administer first aid, he heard more gunfire, he told WPTV.

"I just kind of grabbed the hands of a couple of people, and I tried to usher them to safety," Watson said, explaining he returned to Bullock when the shots stopped.

His instinct was to drag Bullock to safety, but he quickly realized Bullock was dead, he said.

Bullock, 42, served in the US Air Force before joining highway patrol. He graduated the Florida Highway Patrol Training Academy in 2001 and worked his entire career out of Troop L in Fort Pierce.

As a trooper, he served as a field training officer, mentoring other lawmen, and his colleagues considered him a leader, Spalding said. He was "just a great guy," he said.

"Joe was one of those troopers that went out every day, did his job quietly, professionally and with the utmost dedication, and it is a tragic, tragic loss," the colonel said. "It will take a long time for the Florida Highway Patrol to heal."

Dozens of police cruisers, motorcycles and other emergency vehicles escorted the ambulance carrying Bullock to a medical examiner's office in Fort Pierce. Three policemen saluted the ambulance from the sidewalk as it passed.

Bullock is the 49th trooper to die since the Florida highway patrol's founding in 1939, Spalding said.

"People don't realize when you approach a car, even a disabled vehicle or a car on a traffic stop, you're not only worried about what's inside that car and what danger is waiting for you," he said. "You're also concerned about the 80,000-pound tractor trailers that are barreling down the highway behind you. Your attention is divided. You have to be very, very cautious, very careful, and it's a dangerous job."

The Florida Department of Law Enforcement will lead the investigation with assistance from the Martin County Sheriff's Office and State's Attorney's Office.

Correction: This story has been updated with Trooper Joseph Bullock's correct first name.