A Florida man called his dad and said 'help' moments before he was killed alongside his friends, police say 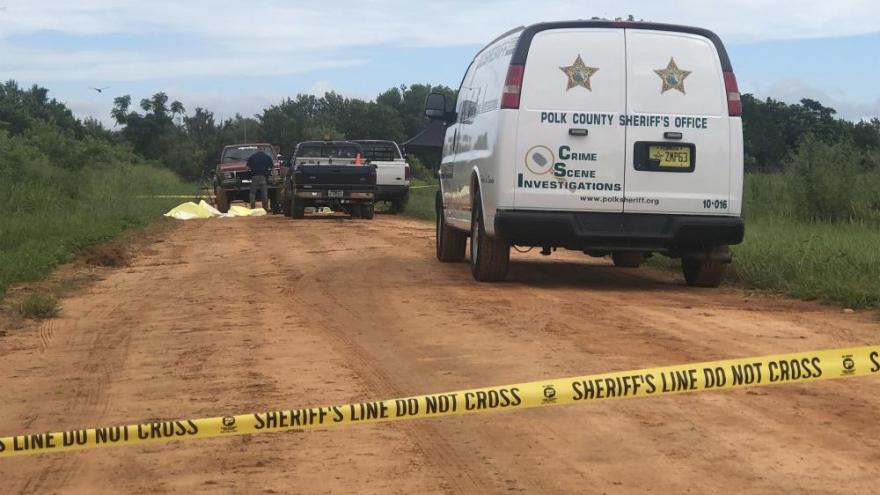 (CNN) -- Three Florida friends who planned to go fishing late Friday evening were found dead after one of them attempted to call his father for help, Polk County Sheriff Grady Judd said in a news conference.

"These folks appear to be beaten and shot," the sheriff said. "I've been to a lot of murder scenes in my life and this ranks among the worst I've been to."

One of the victims, likely Tillman, arrived at the scene first and was killed when the two other victims arrived in a pickup truck, the sheriff said.

"They were shot up," he said. "But here's what the murderers didn't count on: that one of our victims, Brandon Rollins, was able to call his father, and say 'help.'"

Rollins' father was sleeping at home about 10 minutes away and drove to the scene as soon as he got the call, Judd said. But after leaving his cell phone at home, he drove back to a local convenient store to ask for help.

Rollins' father arrived and found his son, who was still alive and able to briefly talk to him before succumbing to his injuries, Judd said.

'You don't just stumble upon somebody out here'

While authorities usually wait several days to offer a reward, the sheriff said $5,000 was immediately offered for anyone who has a tip that leads to an arrest.

"The victims, their parents and their families deserve for us to solve this sooner rather than later," Judd said.

Officers don't yet now if the suspects knew the victims, the sheriff said, but added "our intuitiveness tells us you don't just stumble upon somebody out here."

"This is a dirt road, a clay, dirt road way out in the middle of what we call God's country," he said. "It's not like there's a lot of people around here. As you can see it's cow pastures and lakes."